A Bridge Over Troubled Waters: talking about peace at the European Cystic Fibrosis Society (ECFS) 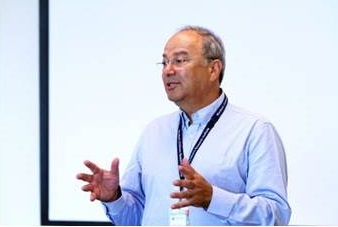 We all know that sometimes things are not what they seem, that first impressions are not always accurate and that our worst fears can be groundless. Yet sometimes, the cause for concern is very real.

Prof Eitan Kerem is Head of the Department of Pediatrics and Cystic Fibrosis Center at Hadassah-Mt. Scopus and Coordinator of the European Cystic Fibrosis Society (ECFS) Registry. And he was very concerned about the reception he would receive when he made his presentation to the ECFS meeting in June this year in Spain. He was scheduled to speak about Hadassah’s work with Cystic Fibrosis patients in Gaza and the CF Center Hadassah recently created there with support from the Peres Center for Peace.

The Gaza CF Center is an amazing story in itself. In years past, Hadassah’s CF Center treated dozens of young patients from Gaza since there was no CF specialist in Gaza. When politics prevented them coming to Israel, some of them traveled to Cairo to undergo CF treatment there – a 12-hour trip – but this soon became difficult, and then impossible. The parents of these chronically sick children turned to the international community for help in establishing a CF center in Gaza.

And Hadassah responded. “We devised a program together with the Peres Center,” Prof. Kerem said. “Three doctors came from Gaza to Hadassah for an intensive one-year training course at Mt. Scopus. We organized dormitory accommodations in Jerusalem, and the Peres Center arranged the complex logistics.

“Just three months ago a nurse and a physiotherapist also began training with us. Just like the doctors who trained here last year, they work in harmony with the entire team, the patients and their families.”

Prof. Kerem was pleased he would be able to tell this remarkable story.

Yet when the time came, he left for Spain some trepidation. His place on the program had been planned early in 2010. The ECFS meeting took place in June – after the Gaza flotilla incident. He had been warned that many delegates from Arab countries were attending and that the audience and the atmosphere could be hostile.

His presentation is powerful and professional. The pictures and the facts speak for themselves. It concludes with a photograph of a beautiful river whose flowing waters are bright red.

“There was an audible gasp of shock from the entire audience when the picture appeared on the screen,” Prof. Kerem said, “and I knew I had made my point.” He then showed the same photograph from a wider angle – revealing trees with autumn leaves turning deep red that were reflected in the water.

He told his audience: “Not everything you see is what it seems to be. Never take things at face value.

“The applause almost deafening,” Prof. Kerem said, “and the response totally positive. People congratulated me and many wanted more details. I was even approached by medical professionals from Arab countries who were interested in coming to specialize in CF at Hadassah.”

At Hadassah what you see is indeed the reality – our patients, visitors and staff reflect the ethnic and geographic makeup of Israel and far beyond; they work, rejoice and even grieve together. They remind us every day that Hadassah’s special blend of medicine really is a bridge to peace, a bridge over troubled waters.

We are united in our goal of healing those in pain, helping their families and loved ones and reaching out to others to build that special bridge.