Adi Hooja: Hadassah miraculously saves the life and limbs of a young girl wounded in a terrorist attack 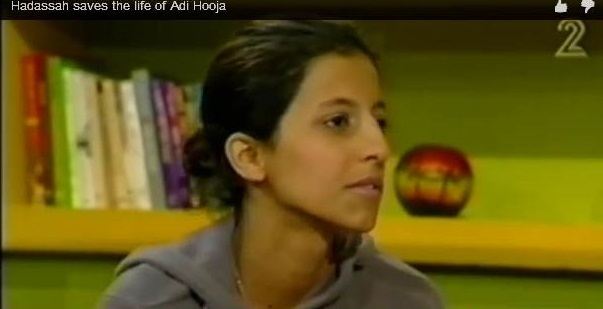 Eleven-year-old Adi Hooja was severely wounded in a terrorist attack at a Jerusalem pedestrian mall in 2001. Metal nuts were scattered throughout her body, especially her leg. As she lay near death in a Hadassah operating room, doctors decided to try an experimental drug. They also decided not to amputate. The drug kept her alive through the darkest days. She bravely faced multiple operations and long, intensive rehabilitation therapy at Hadassah. Her devoted doctors, nurses and therapists were determined that she would walk again.

Eleven years later, in 2012, Adi walked gracefully and purposefully onto the stage at Hadassah’s Centennial Celebration. All she could say was, “Thank you.”