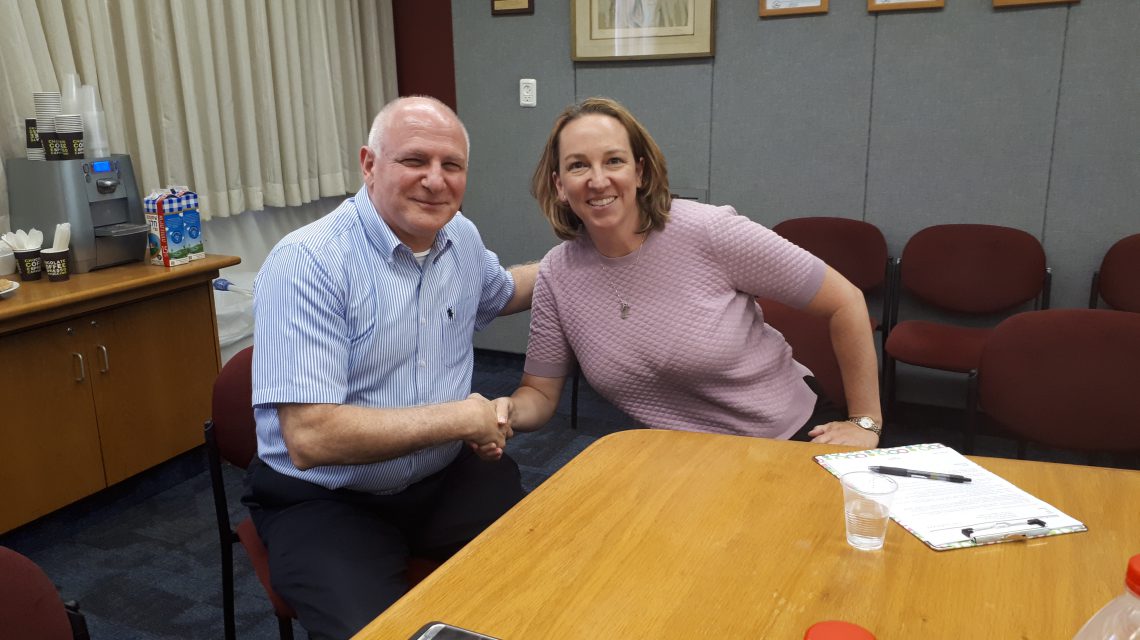 Jennifer Kmiecinski, Medical Attaché to the Consulate General of the United States in Israel, visited Hadassah Hospital Ein Kerem earlier this month to assess the level of health care available to American personnel serving in Israel. “I knew Israel had a high level of health care, but it is reassuring to see for myself how capable everyone is,” Mrs. Kmiecinski said. “I am very impressed by Hadassah.”

Prof. Yoram Weiss, Director of Hadassah Hospital Ein Kerem, accompanied Mrs. Kmiecinski (pictured above) and U.S. Consulate Nurse Nadine Aboud during their visit. He explained the American origins of the Hadassah Medical Center and gave them an overview of hospital activities. “Everywhere you go on this campus, you will see Israeli and American flags displayed side by side,” noted Prof. Weiss. “Hadassah is an American hospital in Israel.”

Included in their tour was a visit to the Swartz Center for Emergency Medicine Shock Trauma Center, where Dr. Miklosh Bala, head of the Trauma Unit, demonstrated Hadassah’s readiness for any mass-casualty emergency. “Unfortunately, because of all the experience we have had, our staff at Hadassah is well-trained for mass traumas,” he explained. Prof. Weiss added that during the intifada, Hadassah effectively treated 70 patients at once.

Mrs. Kmiecinski arrived in Israel from Pennsylvania less than two months ago for her first overseas post. A physician’s assistant for over 10 years in the United States, she was inspired by her husband’s Peace Corps experience to join the State Department, and to bring her family, including a six-year-old and twin four-year-olds, to Israel.

Ms. Aboud graduated from the Hadassah-Hebrew University Henrietta Szold School of Nursing in 2012 and began working at the U.S. Consulate less than a year ago. Born in New York, she lived in Philadelphia until the age of seven, when she returned with her family to Israel.