At Hadassah, the Sky is the Limit 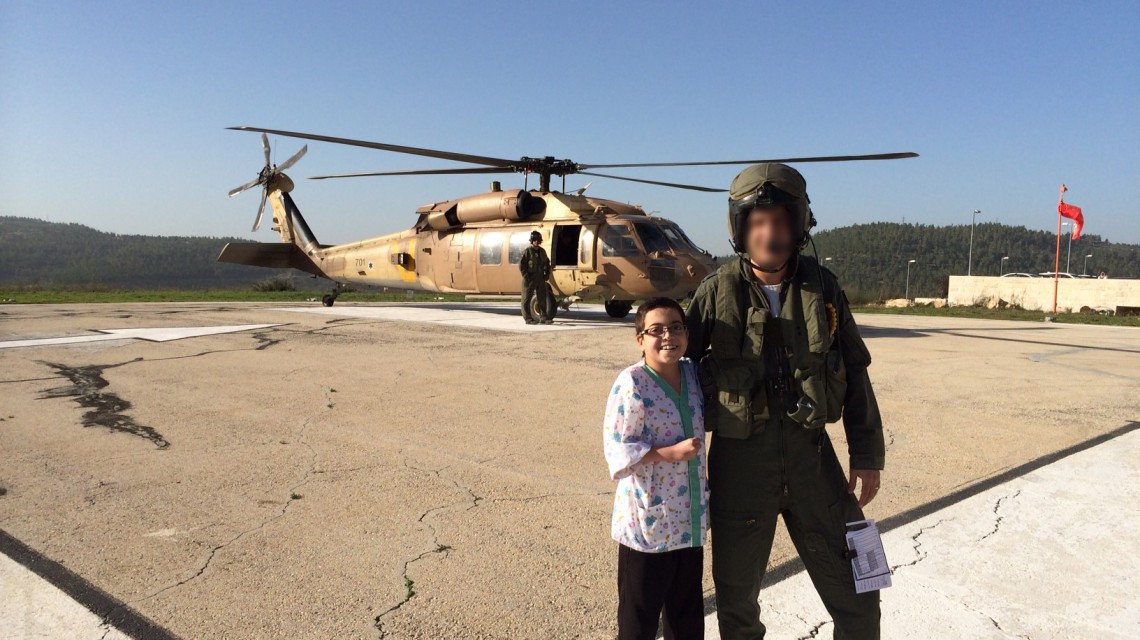 Ofir, age 16, was born with one heart chamber instead of two. Over the years, he has come to the Hadassah Medical Center for treatment sometimes 20 times a year. Often, he’d have to stay for weeks or even months. “He will be our patient forever and never have a regular life,” relates his Hadassah pediatrician, Dr. I. “I wanted to do something special for him, so I arranged a surprise.”

Dr. I. was only a medical student when he met Ofir and they became close. The doctor’s brother is a helicopter pilot in the Israel Defense Forces. (Because of security purposes, pilots are cannot be identified and since the doctor has the same last name, his name needs to be withheld as well.) Because of Hadassah’s pivotal role in providing emergency services for the nation, the pilot sometimes lands at Hadassah. One day, the pilot called his brother to tell him he was stopping by Hadassah as part of a helicopter military preparedness exercise. Since Ofir was in the hospital for treatment, Dr. I asked him if he would like to see a helicopter landing.

Ofir was very excited. When he and Dr. I. headed for the Hadassah landing pad, they could already see the chopper in the air, about to land. Ofir was devastated because it seemed he was going to miss being there in time for the landing. Because of his heart condition, he could not run.

Dr. I. called his brother and told him they were on their way. The pilot hovered over the landing pad until they arrived and then brought down the chopper right in front of them. Dressed in full gear, the pilot stepped out and introduced himself to Ofir, shook Ofir’s hand, and showed him the helicopter. They took photos together. Their newly formed relationship continues with the pilot periodically sending Ofir posters and presents from his Air Force unit.

“When we talk about the Hadassah family, we mean it,” says Dr. I. “The sky’s the limit.”