Cardiologist Has a Heart Attack at Hadassah While Escorting a Friend 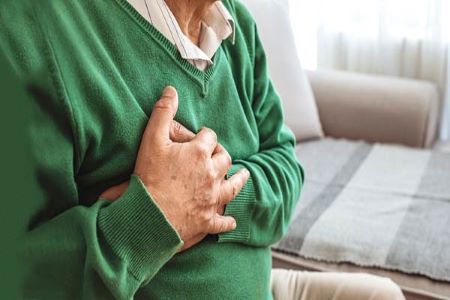 Dr. Benjamin Mazouz, a 70-year-old cardiologist, was accompanying a friend to an appointment for oxygen therapy in the new hyperbaric chamber at Hadassah Hospital Ein Kerem. Suddenly, Dr. Mazouz felt a pain in his heart, and weakness overcame him. The next thing he remembers, he was waking up in the Irma and Paul Milstein Heart Center on the third floor of the Sarah Wetsman Davidson Hospital Tower after having undergone cardiac catheterization.

“It’s not my hospital, but I have to say that the treatment here is outstanding,” said the bearded father of eight with a twinkle in his eye.

Dr. Mazouz, born in southern Israel, grew up in a farming community in the Negev desert. Before the Yom Kippur holiday in October 1973, he was sent by the Israel Defense Forces Rabbinical Corps to be a cantor for the troops on Mount Hermon in northern Israel. In the surprise attack by the Egyptians and Syrians that Yom Kippur, Dr. Mazouz was taken prisoner. He was held for eight months and four days before being released. In that traumatic period of not knowing if, in the next minute, he’d be alive or dead, he decided that if he survived, he would become a doctor.

Dr. Mazouz honored that decision and applied to medical school. He was accepted into the Hebrew University-Hadassah School of Medicine and, subsequently, became a cardiologist.

“This isn’t the way I wanted to reunite with my old alma mater,” commented Dr. Mazouz. “But I am so thankful for the speedy and professional care.”

Though he wouldn’t wish a heart attack on anyone, he agrees that he couldn’t have been in a better place for himself.