Centenarians and Super-Aging: What the Research Reveals 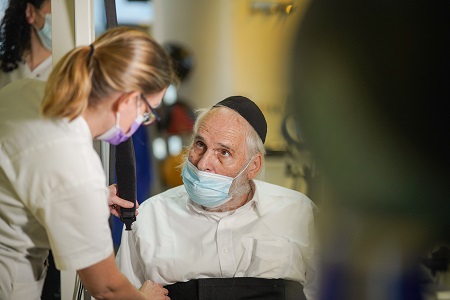 Two physicians, one in New York, and one in Jerusalem, both Israeli and trained at Hadassah Hospital Ein Kerem, are investigating longevity. They are asking, “Why do some people become centenarians and how can others join them?”

Dr. Nir Barzilai of Albert Einstein is researching aging in Ashkenazi Jews as part of his Longevity Genes Project. He has identified specific genes linked to “super-aging” and a mutation that enables a person’s cells to repair the damage and, as a result, slow aging. As Dr. Barzilai relates in the March/April issue of Hadassah Magazine,  “Most of our centenarians are overweight. Most didn’t take walks. Most didn’t eat what they should eat.” In spite of all that,  he says, “they got to 100.” At the same time, Dr. Barzilai is convinced that even those without genetic advantages can make lifestyle changes and take certain medicines to improve their longevity.

Dr. Yoram Maaravi, head of the Department of Geriatrics and Rehabilitation at Hadassah Hospital Mount Scopus, oversees the Jerusalem Longitudinal Study of Aging, which is following a group of 70-year-olds as they age. Some of his patients have been featured on the Israeli reality show 80 Plus Four, where seniors in assisted living facilities are paired with preschoolers to engage in various activities. As Wendy Elliman explains in the article, Dr. Maaravi believes that “social connection is fundamental to living and to health at every age.”

Both Drs. Barzilai and Maaravi, who met during their internal medicine residencies at Hadassah, recommend that, in addition to maintaining social connections, everyone should engage in meaningful work, exercise, choose foods that increase “good cholesterol” and practice calorie restriction. Read the full article in Hadassah Magazine.