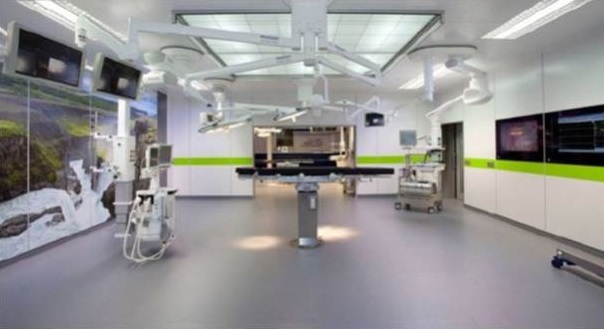 It’s like stepping into a science-fiction cliché. The elevator glides silently down through Jerusalem’s bedrock. Four stories belowground, the doors slide open to reveal a vast subterranean complex. Dozens of rooms, bristling with high-tech devices, lead off a long L-shaped corridor. There is muted beeping. Lights flash red, green and blue. Doors open at a touch.

The many monitors are familiar—but not so the articulated arms studded with ports and sockets descending from the ceilings.

Welcome to the new Surgical Center, part of the Sarah Wetsman Davidson Hospital Tower at the Hadassah Medical Center in Jerusalem, scheduled to open in December. “It [is] the best surgical facility in Israel and ranks with the best in the world,” says Dr. Ofer Gofrit, a senior Hadassah urologist who heads the committee that planned this new integrated surgical environment. “Despite the speed at which surgery and surgical technologies are advancing, we are confident it will remain that way for at least a generation to come.”