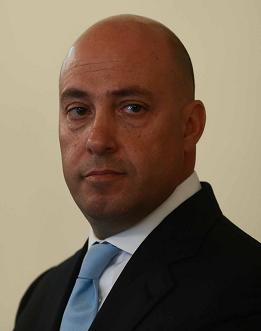 Whether it was a newborn baby with a severe heart defect or a pregnant woman with an unusual ectopic pregnancy, the Hadassah Medical Organization has been known to save the lives of Cypriot patients by helicoptering them to its hospital for complex emergency treatments. Recently, however, it was the Cypriot Health Minister who helped save the life of an Israeli patient.

It was about 6:00 p.m. on Friday evening, already the Sabbath, and the 80-year-old man was in dire need of a medication that Israel did not have in the necessary intravenous form. Prof. Avi Rivkind, Senior Surgeon and international expert in trauma medicine, contacted Herzel Edri, Director of the Foreign Ministry’s Situation Room, who immediately appealed to a number of Israeli embassies across Europe in an attempt to locate the drug.

When Yael Ravia-Zadok, Israel’s Ambassador in Cyprus, received the request, she immediately contacted the Cypriot Minister of Health, Dr. George Pamboridis, who checked around and got back to Ambassador Ravia-Zadok in under an hour. “We have the medication,” he reported. “The Nicosia General Hospital is waiting for you to come and pick it up.” Prof. Rivkind explained that Hadassah received other offers of help as well, but he decided that it would be easier to get the medicine from Cyprus.

When the ambassador asked how to transfer payment, Dr. Pamboridis replied: “Payment? What payment?” and refused to accept any compensation for the life-saving medication.

The administration officer at the Israeli embassy in Cyprus immediately went to the hospital, picked up the medicine, and had it flown to Israel. From the airport, the medication was transferred to Hadassah with the help of a member of the patient’s family. As Prof. Rivkind relates, “Doctors asked me how we were going to get the medication without all the proper documentation papers, but for saving a life, a pilot will put it in his pocket and bring it.”

The drug reached its destination in time. As Prof. Rivkind reports, “the man is home; he is functioning; he’s wonderful!”

The Cypriots’ actions, commented Ambassador Ravia-Zadok, “embody the depth of friendship between Israel and Cyprus, between the Cypriots and the Israelis.” The Ambassador went on to say: “We will always remember the Cypriots’ commitment to human lives experienced firsthand by Jewish Holocaust survivors who were on their way to Israel and deported by the British to Cyprus. The 53,000 survivors were concentrated in detention camps on the island from 1946-1949. Even then, we saw humane gestures of many Cypriots, who assisted people in the camps.”

Israel’s Foreign Ministry and the Israel Export Institute decided to grant a certificate of appreciation to the Cypriot Health Minister, when he arrives shortly in Israel. The certificate reads: “Whoever saves a life, it is considered as if he saved an entire world.”