Dangers That Arrive With Spring 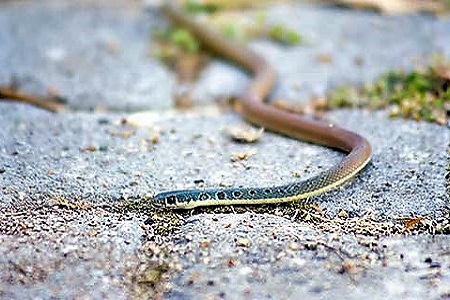 The arrival of spring has woken up hibernating animals, Prof. Kobi Assaf, head of the Center for Emergency Medicine at Hadassah Hospital Ein Kerem, reminds us. An expert in animal bites, Prof. Assaf is consulted by physicians around the country.

How did he develop such an unusual specialty? “Before studying medicine, I earned a bachelor’s degree in biology at the Negev-based University of Beersheba,” he explains. “Many of my fellow students were experts on nature and the environment. I was a city boy, who grew up in Tel Aviv. To fill the gap, I proposed to my professor that I do a project on the poisonous snakes of Israel. That report is still used today. When I became a doctor, whenever there was a snake bite case in the ER, someone would say, ‘Kobi knows about snakes.’ ”

Prof. Assaf relates, “Not long ago in the ER, we treated a soldier who was bitten by a snake in the Golan Heights. We had a child, who had been playing in a pool of colored balls at a Kibbutz playground. When the attendants emptied out the pool, they found a snake sleeping there.”

Other animal bites bring people to Hadassah’s ER as well. Prof. Assaf reports, “We have cases of people patting a ‘dog’ on a hike, and the dog turns out to be a jackal. I once had a patient who came from Eilat. He was swimming with the dolphins and was bitten.”

Best to be on the lookout!