Delegates from Indonesia, Sri Lanka, and India Learn About Trauma Care at Hadassah 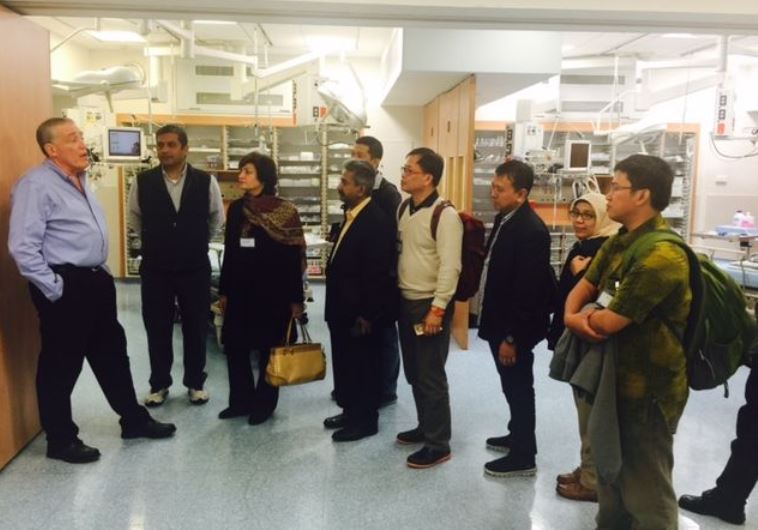 A team of experts in treating victims of natural disasters from Indonesia, Sri Lanka, and India visited the Hadassah Medical Center to learn how Hadassah copes with trauma and mass casualty events. Many in the delegation were senior physicians and government officials.

Prof. Avi Rivkind, head of Hadassah’s Trauma Unit and one of its founders in 1991, described Hadassah’s protocols for trauma treatment and the role Hadassah teams played in treating victims of tsunamis, earthquakes, and floods abroad. The visitors showed much interest in treatment protocols, how the work was divided among the medial staff, as well as Hadassah’s neurological and orthopedic rehabilitation.

Delegates from Sri Lanka were surprised to hear that Prof. Rivkind had visited their country in 2004 to help victims of that year’s tsunami.

The visit was initiated and organized by the American Jewish Committee, which works to establish ties with many governments and countries under its Project Interchange, launched 40 years ago. Every year, some 35 delegations of non-Jewish opinion leaders come to Israel for an educational seminar to learn about the country.