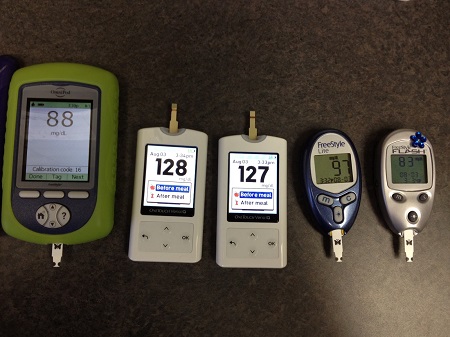 Prof. Gil Leibowitz, head of the Diabetes Unit at the Hadassah Medical Center’s Endocrinology and Metabolism Service, remembers himself as a scared, skinny seven-year-old when the doctor told his parents that he had type 1 diabetes. The year was 1969 and they were living in Beersheba. The city was a sleepy town, with a single hotel that had a swimming pool and a hospital that had been started by Hadassah the year following Israel’s Independence.

“I took it hard,” Prof. Leibowitz says. “I remember the two words the doctor kept saying, izun and ishpuz ‘[balance and hospitalization]. And, of course, I also didn’t understand the significance of childhood diabetes.”

The balance would be a challenge. Before 1969, there was no way for individuals with diabetes to test their blood sugar levels. The first meters weighed three pounds, cost $650, and were only available for physicians to use. Today, Prof. Leibowitz wears a tiny glucose-level monitor on his arm.

“I wanted to be like all the other kids, and I went on all the class field trips and played basketball,” he recalls. But when all his friends went to serve in the Israel Defense Forces, he was rejected. “Today, in a more sophisticated Israel, teens with diabetes can find a place in the army,” Prof. Leibowitz explains.

Prof. Leibowitz turned his disappointment into a lifelong ambition to treat and help cure diabetes. Many advances have occurred over the last half-century since he was diagnosed, and Hadassah has played a historic role in helping to prevent diabetes and to improve the lives of those suffering from this chronic disease.

Six percent of Israelis aged 20-79 have either type 1 or type 2 diabetes. The number rises to 20 percent among the elderly and 50 percent among Jerusalem’s Arab women. Certain populations, such as Yemenite Jews and Ethiopian Jews, used to have very low rates of diabetes until they came to Israel and adopted a western-style diet. In the United States, diabetes rates are as high as 10 percent overall.

Prof. Leibowitz’ own research at Hadassah has focused on the critical role of beta cells in the development of diabetes. Hadassah is also a major resource for clinical trials of medications outside the United States. Ongoing collaborations include those with the University of Helsinki and the Joslin Diabetes Center in Boston.