The Difference A Magnet Can Make 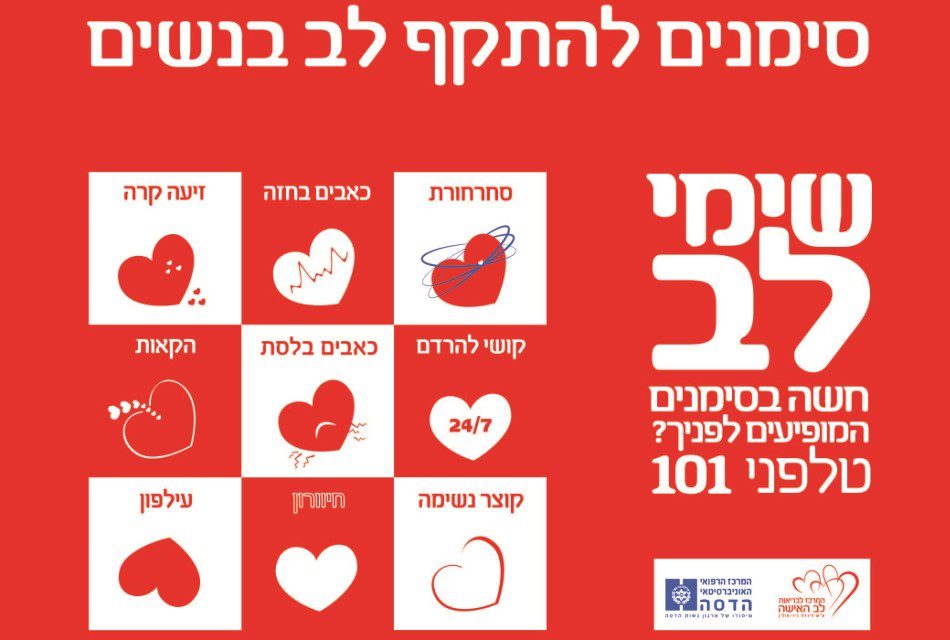 Rina, age 68, has a family history of heart disease. When her doctor recommended a cardiac workup, she contacted the Linda Joy Pollin Cardiovascular Wellness Center for Women at the Hadassah Medical Organization; however, she did not know that the magnet she received would help save her life only a few months later.

Before she retired, Rina had been a researcher at Hadassah Hospital and the Director of Medical and Life Sciences at Israel’s National Science Foundation. “I worked a lot until I turned 66,” Rina relates. “I loved working.”

Two years ago, however, she decided it was time to retire. She took a trip to South Africa and found that when she returned, she began to lose weight. After losing 20 kilos, she went for a number of different tests. Her doctors were worried that perhaps she had a tumor.

Ultimately, she was diagnosed with a rare degenerative neurological disease that affects different systems in the body. Called MSA (multi-system atrophy), the disease develops quickly. “It has various symptoms, including problems with balance,” Rina explains. Eventually, she needed a walker. When she began to experience pain in her joints and other parts of her body, she attributed it all to the neurological disease. But, because of her family history of heart disease, her doctors recommended extensive cardiac tests.

Except for her high cholesterol level, her test results were in the normal range. Nevertheless, the Pollin Center nurse sent her home with a magnet that lists particular symptoms a woman may experience when having a heart attack. Rina put it on her refrigerator.

“A few months later, I woke up at 5:00 am,” Rina recalls. “I didn’t feel well, but since I attribute everything to my disease, I assumed again it was my MSA.” Throughout the day, she mostly had very bad heartburn and pain in her hands. When the heartburn got worse, she took another Nexium pill, but it did not help. At one point, she decided to see what the magnet on her refrigerator listed as symptoms.

Although she wasn’t experiencing the specific symptoms listed on the magnet, she decided a trip to Hadassah’s Emergency Room (ER) would be wise.

An electrocardiogram in the ER immediately revealed that she was in the middle of a heart attack. In less than an hour, she underwent cardiac catheterization. The cardiac team found a clot in one of her arteries and put in a stent.

“I got to the hospital just in time,” she said. “That Pollin Center magnet, which listed such a range of different symptoms, made me wonder whether my symptoms were not connected to MSA after all. That is what saved me.”

As it turned out, once Rena had the procedure, her symptoms all disappeared.  “I learned the hard way that the symptoms of a heart attack in women are really different from the symptoms in men.”

She notes that older women, in particular, who have additional medical conditions, need to have the ability to identify symptoms of a heart attack because they may attribute the symptoms to other ailments. “All my friends are scientists,” she says, “and when I told them what had happened to me, they were surprised. None of them thought that my symptoms indicated a heart attack.”

Rena adds: “Because of my experience, my husband took more magnets from the Pollin Center and gives them to my friends when they come to visit. This awareness, this attentiveness, can often mean the difference between life and death.”