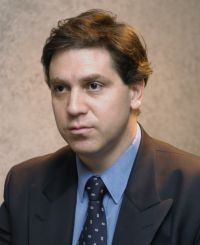 The treatment, developed by Israel’s BrainStorm Cell Therapeutics, involves injecting autologous stem cells (coming from the patients themselves) into the spinal fluid. Earlier clinical trials at Hadassah have shown that the treatment was both well tolerated and safe. “Ten of the 15 patients in the Hadassah trials responded or stabilized,” reports Prof. Karussis, “and the disease was halted, with their breathing improved. About three of them even showed that the disease had receded, with them improving dramatically.” He notes, however, that the treatment is not a permanent cure. The injection “probably has to be repeated after several months.”

Read the full story in The Jerusalem Post: http://www.jpost.com/Health-and-Science/FDA-approves-US-phase-II-clinical-trials-on-for-ALS-treatment-initiated-at-Jerusalems-Hadassah-350676