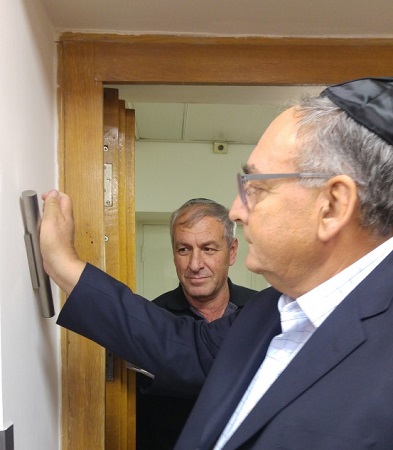 The synagogue was named in memory of Aline Kaplan, former Executive Director of Hadassah, the Women’s Zionist Organization of America, who trained several generations of Hadassah leaders.

The small synagogue, one of three at the Ein Kerem medical complex, is in continual use since many individuals come in to pray in solitude, while others organize prayer minyans (quorums).

There is also the Abbell Synagogue, which houses the renowned Chagall windows, and the Saba Synagogue, named for a Hadassah Mexico supporter and located in the Sarah Wetsman Davidson Hospital Tower.