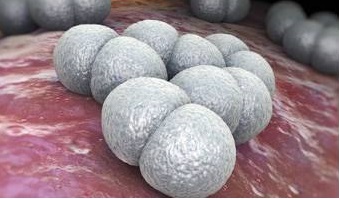 A, a five year old boy, came home from kindergarten with a temperature, pains in his knee, and a rash. Meirav, his mom, took A to the family doctor, who recommended taking paracetamol, (acetaminophen). A’s temperature went down, but by the next morning it was back up. Even worse, A couldn’t walk.

The family doctor was concerned and didn’t like the unusual rash that had developed. He insisted that they take A to an emergency room immediately. Meirav hurried to Hadassah Mount Scopus as one of her other children had had a good experience with the excellent pediatric emergency department there.

In this rare and often fatal disease, the membranes that cover the brain and spinal cord become inflamed. It spreads so quickly that even those who manage to survive it may be left with disabilities that include deafness, brain damage, and neurological problems. Babies, children and teens are at great risk of death.

Meningococcus is also contagious. Everyone who had been in close or prolonged contact with A at kindergarten and members of his family had to be examined and remain under close supervision. There is prophylactic treatment but no vaccine for the strain of bacteria A had.

“It’s a rare disease and extremely dangerous,” said Prof. Yaacov Berkun, head of the Pediatrics Department at Hadassah Mount Scopus, and a specialist in immunology. “We were handling a medical emergency. We were deeply concerned but please to see that A was responding to the early and correct treatment. Every year, children die from this disease. We have reported this case to the Ministry of Health to figure out where such a dangerous bacterium came from.”

The kindergartener, while still receiving medication, was released from the hospital after two-weeks with a good prognosis.

Said Meirav: “We are so fortunate that we came to Hadassah Mount Scopus. This was a miracle. We cannot thank the fast-acting and professional staff enough.”