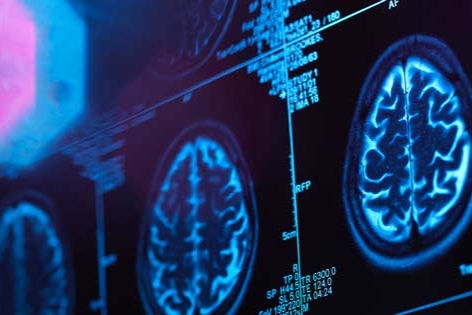 James Kim*, a 20-year-old university student in Korea, thought his future was assured. He would graduate, get a good job at Samsung, Hyundai, or LG, and maybe marry his girlfriend, a fellow student.

Then James’ father was diagnosed with a fatal brain tumor, a glioblastoma. His young cousin was diagnosed with the same incurable disease. Not only was Kim devastated by the news about his beloved father and cousin, but he was also terrified about his own health. Would he fall victim to the same disease?

The answer to this question was hidden within the tumor itself.

James’ father underwent a genomic test called Invitae, which identified him as a carrier of a genetic variant in the TP53 gene. Science had not yet determined whether carriers of this particular variant had an increased risk of contracting cancer.

James did his homework. He wrote to Prof. Thierry Soussi, a world-leading researcher of the TP53 gene at the Sorbonne Université in Paris, to elicit his advice.

At about the same time, Hadassah Medical Organization (HMO)’s Dr. Shai Rosenberg, who was doing a post-doctoral fellowship, met Prof. Soussi in Paris. The veteran French scientist, known for the creation of the most comprehensive atlas of TP53 variants in the human population, and the young Israeli physician-scientist with an unusual MD and Ph.D. degree, which combined medical school with mathematics and computer science, shared a passion for understanding TP53.

TP53 is infamous among cancer researchers. It is present in 50 percent of all malignant tumors, and one of its mutations causes Li-Fraumeni syndrome, an inherited genetic disease with a 50 percent risk of developing cancer before the age of 30.

Today, using sophisticated DNA sequencing, finding gene mutations is straightforward where Prof. Soussi does his research and at HMO, where Dr. Rosenberg both treats neuro-oncology patients and conducts research. The catch with TP53 is that there are 2,314 possible “missense” mutations, where a single amino acid has replaced another. Until recently, only 190 of the 2,314 possible variants were known to be responsible for cancer. Ninety-two percent of the variants were still a mystery.

The question remained: Which ones predict the onset of cancer? If such cancers are caught at the earliest stage, they can usually be removed safely through surgery before they grow. But how could the remaining 2,224 mutations be classified?

“To solve this problem, we could look at hundreds of thousands—and, in the future, millions of tumors—and generalize from the results. The only practical way to deal with such a project is to apply artificial intelligence, AI, to the huge databases,” explains Dr. Rosenberg.

Building an algorithm that could tackle this mystery was Dr. Rosenberg’s and Prof. Soussi-led international team’s challenge.

They have succeeded. Recently, they announced that they can now identify, with an unprecedented 96.5 percent level of accuracy, all possible dangerous mutations of the TP53 gene that are commonly found in 50 percent of tumors and also in carriers who are suspected of having Li-Fraumeni syndrome.

The breakthrough is important news for those who already have malignant tumors because when the exact cancer-causing mutations are identified, those mutations can become targets for personalized therapy and thereby improve treatment and save lives.

“At Hadassah, where we treat cancer patients every day, we are exceptionally motivated to understand the mechanisms of cancer,” says Dr. Rosenberg. “This breakthrough is fascinating scientifically, but as a physician-researcher, I always have my patients in mind. They and their families need answers now.”

As these cancer patients’ databases grow through international cooperation, the ability to generalize and learn more from mutations will increase. Now that TP53 has been analyzed down to the last amino acid, the same AI techniques can be applied to other genes. Humans have approximately 20,000 genes, and more than 700 of these are involved in cancer.

James was right to worry. He carries the TP53 mutation that his father and cousin had—a mutation that is, indeed, cancer-causing. He now undergoes vigilant medical testing. A tiny lesion was discovered in his femur bone and removed before it became metastatic and deadly. He has regular PET scans to identify any suspicious areas. He and his wife have decided to have children through in vitro fertilization so that they can select an embryo that would not pass down the TP53 mutation.

Hadassah France and the Israel Academy of Sciences and Humanities are two of the funders of this international research on the TP53 mutation.

*James Kim is a pseudonym. Personal details have also been altered to protect his identity.