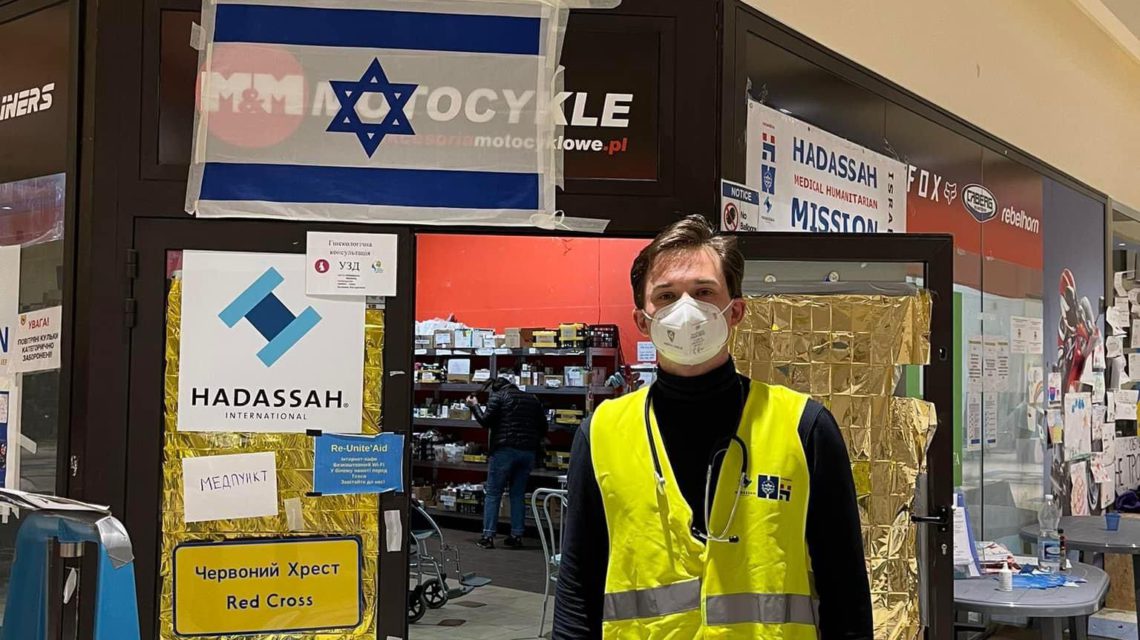 In a true demonstration of building bridges among nations to help the Ukrainian refugees, who are fleeing to Poland in overwhelming numbers, the Hadassah Medical Organization (HMO) Medical Humanitarian Mission has forged the first official partnership between an Israeli hospital and a Polish hospital.

Medical teams from HMO and the Independent Public Clinical Hospital Number 4 (SPSK4) of the Medical University Hospital in Lublin are now working side by side in the medical clinics at the Polish refugee centers in Korczowa and Przemyśl. The first SPSK4 team, two physicians and a paramedic joined the Hadassah physicians and nurses last week. This Hadassah team represents the seventh HMO group to come to Poland to run the medical clinics.

Following a quick orientation organized by Hadassah International Executive Director Jorge Diener, the Hadassah and SPSK4 medical staff formed mixed teams and began consulting with patients at the refugee clinics and organizing donated medicines. They also visited patients housed in smaller facilities near the Polish border. HMO teams had previously identified these locations and were already treating people there.