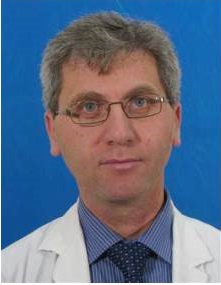 “Hepatitis C used to be a death sentence,” reports Prof. Rifaat Safadi, head of the Liver Unit at the Hadassah Medical Organization. He explains, however, that Hadassah has achieved 97 percent success in treating the disease using a new combination of medicines clinically tested at Hadassah and other leading medical centers worldwide.

One of the 100 patients to receive the treatment at Hadassah was Ava Avidar, a mother of three who had undergone a liver transplant. Tragically, she had previously contracted Hepatitis C and the virus which remained in her body attacked her new liver, too. The medicine defeated the virus, however, and she is now doing very well, according to Prof. Safadi. As Mrs. Avidar relates, “It’s nothing short of getting my life back as a gift.”

Now six months post treatment, Mrs. Avidar is free of the virus, has moved to a new home, and returned to her work as a sculptress.

Recalling the journey to health for Mrs. Avidar, Prof. Safadi says: “We began a race against the clock and had to come up with an urgent solution before the new liver failed.” While the new treatment had not yet been approved by Israel’s Ministry of Health, Prof. Safadi believed the medication would save her. Still, his patient could not afford the $100,000 it would cost for the three months of treatment. Fortunately, Mrs. Avidar found the strength to fight her private health insurance company and won her battle, Prof. Safadi relates.

The treatment, a combination of Viekarax and Exviera, developed by AbbVie, has now been approved by the Federal Drug Administration and Israel’s Ministry of Health, thanks to the success achieved at Hadassah and the other international clinical trials. Prof. Sifadi was also instrumental in getting the new treatment incorporated into Israel’s 2015 health insurance basket, so patients can now receive coverage for this life-saving treatment.