Hadassah AustraliaNews from Our Units12 June, 2017 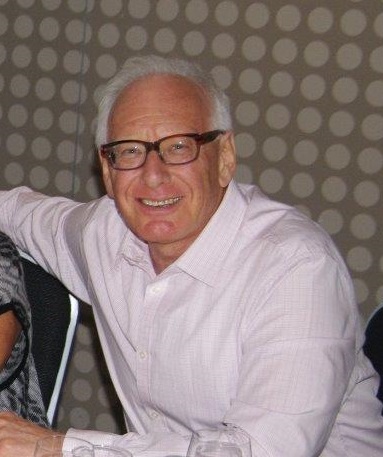 Hadassah International is very proud to announce that Ron Finkel, the founding President of Hadassah Australia and Chair of Project Rozana, was made a Member of the Order of Australia for “significant service to Australia-Israel relations, to the Jewish community, and to business and commerce.”

The award was announced in the Queen’s Birthday 2017 Honors List on 12 June, 2017 by the Governor General, His Excellency General the Honorable Sir Peter Cosgrove AK MC (Retd).

Sir Peter paid tribute to Ron and the other Australians who received an Order of Australia, declaring that “The recipients of Australian honors are very special men and women whose actions have set them apart and enriched our community.  In their daily lives they demonstrate those values that we as a nation hold dear.”

Ron’s commitment to community service extends back to his time at university when he was a student activist and President of the Australian Union of Jewish Students (1971-72), before accepting the position as President of the World Union of Jewish Students from 1973 – 1977.  He made aliyah with his family in 1977 before returning to Australia in 1985.

Ron’s association with Hadassah Hospital began during his time living in Jerusalem and was cemented when his youngest child was born at the Hadassah Ein Kerem campus in 1981.

Ron established an informal ‘Friends of Hadassah’ organisation in 2002 before it was formally accepted into the Hadassah International family in 2003.

He was also the founder and inaugural Chair of the Australia-Israel Medical Research Foundation (AUSiMED) from 2012 – 16.

Ron has been a powerful advocate for Israel through his involvement with a range of communal organisations that include Hillel Foundation, Ameinu Australia (formerly the Australian Labor Zionist Movement), Zionist Council of Victoria, and the Australia Arava Partnership.

Alissa Woolf, Executive Director of Hadassah Australia, paid tribute to Ron’s “incredible passion and vision” which has been the bedrock of the organisation’s status as a leader in creating, supporting and delivering programs for Hadassah Hospital and the healthcare sector more generally in Israel.

“Ron drew on his personal experience with Hadassah Hospital to create a remarkable organisation that has not only inspired Australians from all walks of life, but has delivered real and lasting outcomes for Israelis and Palestinians,” Ms Woolf said.

Her sentiments were echoed by Professor Eitan Kerem, Head of Pediatrics at Hadassah Hospital in Jerusalem.

“I have known Ron for many years, both as a friend and as a colleague,” Prof Kerem said.  “He is a man who not only inspires his community to support the work of Hadassah Hospital, but inspires us to do more for this institution which holds a special place in the life of Israel.

“Ron believes passionately in the unique role that Hadassah plays, not only in delivering the best health outcomes for Israelis and Palestinians, but also in the mission of Hadassah to the Israeli society.

“He has worked tirelessly as an advocate and a fundraiser for children in need wherever they are from. He was involved in developing programs like the JCIC, Goshen and Project Rozana, not only from fund raising but in their operation.  They have all have all benefited from his vision, energy and commitment.  This award is richly deserved not only for Ron, but for Dalia and their family, and for the Board and supporters of Hadassah Australia.”

In 2013, Ron established Project Rozana, a remarkable multi-faith program that drew inspiration from the work of Hadassah Hospital.  Its role is to up-skill Palestinian doctors, nurses and therapists through training at Hadassah Hospital, to fund the treatment of critically-ill Palestinian children at Hadassah, and children from centers of conflict in the region at hospitals like the Ziv Medical Center in Tzefat, and to fund Road to Recovery, an Israeli NGO that transports mainly Palestinian children from checkpoints on the border of Gaza and the West Bank to hospitals in Israel.

Rev Tim Costello AO, Chief Advocate of World Vision Australia, is a patron of Project Rozana.  He described Ron as “a passionate defender of the right for everyone to have access to world-first healthcare.”

“I have witnessed his fundraising work for ill Palestinian children and getting them access through the barriers for the best class treatment possible in Israeli hospitals,” Rev Costello said.

It is with great pride and pleasure that the entire leadership of Hadassah International congratulates Ron Finkel for receiving this prestigious award within the Order of Australia.