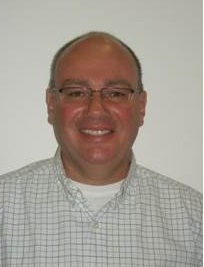 Dr. Ronen Durst, a senior cardiologist at the Hadassah Medical Organization and a Hebrew University researcher, is a key member of the international team that has identified a genetic mutation linked to mitral valve prolapse.
Dr. Durst is the first author of the article about this genetic mutation published in the prestigious British science journal, Nature.

The international collaborative research team, led by Massachusetts General Hospital (MGH), where Durst was working in the Center for Human Genetic Research and the Division of Cardiology, had been seeking a genetic connection to this common cardiac problem, which often runs in families. The research led to the discovery of the mutation in the DCHS1 gene in affected members of three families.

“Some 2.4 percent of the population suffers from mitral valve prolapse, where one of the valves that controls blood flow through the heart doesn’t close properly,” reports Dr. Durst. “This abnormality,” he brings out, “often causes serious problems in heart rhythm, infections, and even sudden death.”

Dr. Robert Levine of MGH’s Corrigan Minehan Heart Center, co-senior author of the Nature paper, notes: “This finding can teach us how to prevent this inborn disease from manifesting as an illness in people who inherit mutated forms of the gene. Understanding how defects in this gene cause errors in early valve formation can point to ways we can prevent the progression of this condition to keep the valve and the heart healthy and help the patient avoid complications.”

Nature’s acceptance of this study, Dr. Durst says, “underlines its international importance and strengthens the link between researchers at Hadassah Hospital and the Hebrew University of Jerusalem with colleagues in prestigious laboratories abroad, such as Harvard and the hospitals with which it is affiliated.”