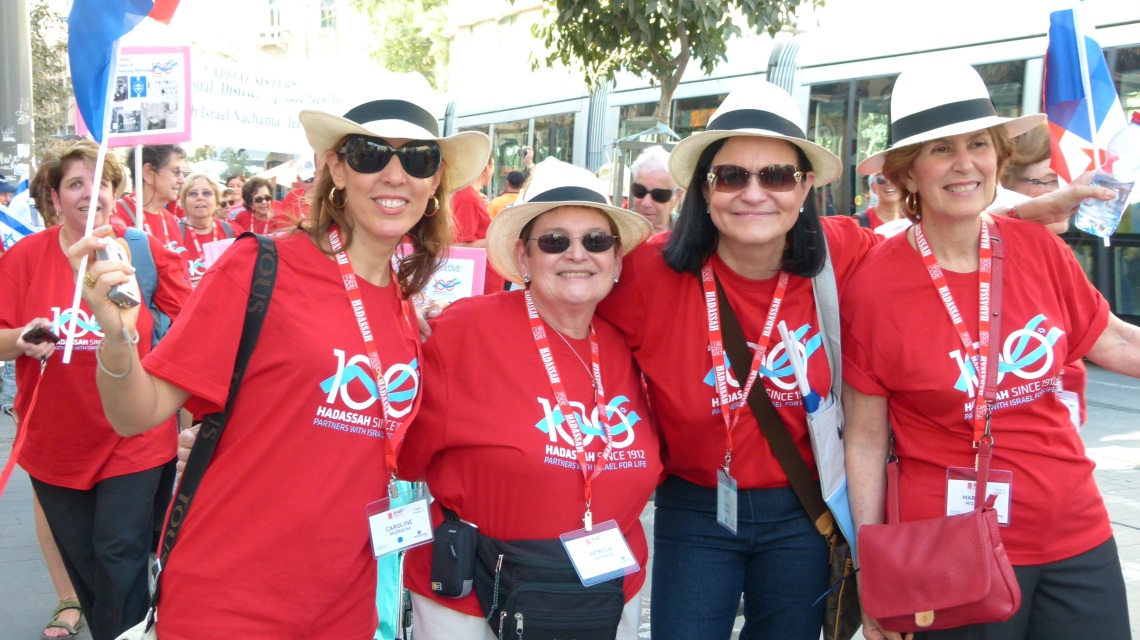 Hadassah members and supporters from around the world converged on Jerusalem to pay tribute to Hadassah and its global medical organization and to dedicate the new Sarah Wetsman Davidson Hospital Tower.

About 2,000 members and supporters of Hadassah came together in Israel in October to celebrate the global charitable organization’s 100th anniversary. Marching through the streets of Jerusalem with their red shirts and flags, they joyously celebrated 100 years of dedication and support of Israel. “We’re marking 100 years and committing ourselves to the next 100,” said Hadassah National President Marcie Natan, who led the festive parade through downtown Jerusalem. A highlight of the Celebration was the dedication of the new 19-story state-of-the-art Sarah Wetsman Davidson Hospital Tower on the Ein Kerem campus. Israel President Shimon Peres extolled the role of Hadassah through the formative years of the Jewish State, creating a health care system that still serves the State of Israel to this day. The world-renowned Hadassah hospitals are open to patients of every ethnic and religious background. In fact, the global donor-supported organization earned a 2005 Nobel Peace Prize nomination for its ongoing initiatives to use medicine as a bridge to peace.

Other Centennial highlights were the unveiling of a commemorative Israel Postal Service stamp, and the presentation of Hadassah’s highest award to Prime Minister Benjamin Netanyahu.

Convention chairwoman Miki Schulman, who worked for three years to plan the Centennial Celebration, stated that “This is a celebration of Hadassah’s first 100 years and the launch of its next 100 years.”