Hadassah Combats Hepatitis Around the World 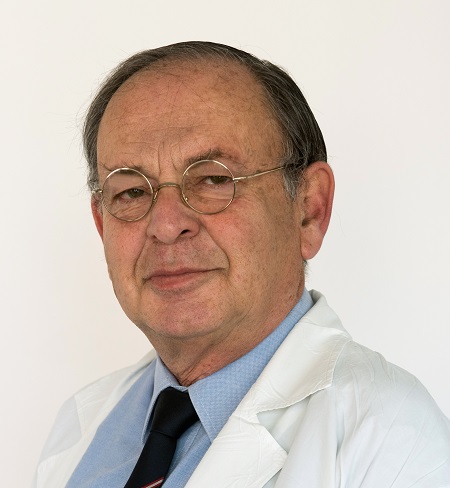 “The Hadassah Medical Center’s greatest contribution to the global battle against hepatitis are the vaccines that have been developed here,” notes the former director of Hadassah’s Liver Unit, Prof. Daniel Shouval, as we mark World Hepatitis Day on July 28th.

One of the largest public health threats of our time, viral hepatitis takes the lives of 1.34 million people each year. World Hepatitis Day, observed annually on July 28th, aims to bring the world together to raise awareness about hepatitis and to encourage prevention, diagnosis, and treatment. Thanks to Hadassah’s vaccines, the lives of millions in Israel and throughout the world have been improved.

“One of our first clinical trials for the Hepatitis A vaccine was conducted with the ultra-Orthodox Satmar Hassidim in Monsey, NY,” relates Prof. Shouval. “We received special permission from the United States Food and Drug Administration because there was an epidemic there in 1988. Hepatitis A spreads through touch and bodily fluids; the high birth rates and close living quarters among the Satmer population meant that the disease spread like wildfire. We sat with the Satmar Rabbi and his wife and convinced them of the importance of this vaccine. Despite their previous objections to clinical trials, they agreed to participate and directed all children in Satmar schools to take part. Over 1,000 children were vaccinated and the epidemic was stopped within three weeks of giving these vaccinations.”

Prof. Shouval adds that in 1988, 300,000 people in China were infected with Hepatitis A. “This triggered the global search for a vaccine,” he explains. “The Chinese Department for Vaccines within the Center for Disease Control ,” he says, “is currently directed by a former student of mine. He studied at the Hadassah-Hebrew University Braun School of Public Health and Community Medicine, and I see how he applies the lessons learned here to the lives of millions of Chinese.”

In 1992, Hadassah developed a vaccine for Hepatitis B, which passes from a mother to her baby. Israel became the first country to administer the vaccine on the first day of a child’s life. Before the creation of the vaccine, three to five percent of the Israeli population were Hepatitis B carriers. Thanks to the vaccine, only 0.4% of Israelis are carriers today.

Recently, Hadassah developed an upgraded vaccine for Hepatitis B in conjunction with researchers at the Weizmann Institute of Science. This is the most potent vaccine in the world to combat Hepatitis B.

“Hepatitis B used to be one of the leading reasons for liver transplants,” reports Prof. Shouval. Since the development of this vaccine, the need for transplants due to hepatitis has dropped dramatically.”

Prof. Shouval currently serves as a hepatitis expert for the World Health Organization (WHO) and on the European Viral Hepatitis Prevention Board. This board is comprised of ten volunteer physicians who travel the world to advise local doctors and health administrators on best practices.

Read more about the ABCs of Hepatitis and Hadassah’s role in fighting this disease.