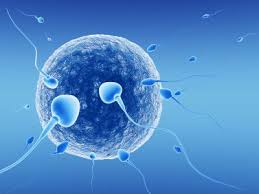 One day, Prof. Ariel Revel, head of the Ovum Donation and Fertility Preservation Program at the Hadassah Medical Center, was contacted by a professor from Mumbai, who had a one-year-old daughter with Thalassemia, an inherited blood disorder that threatened the quality of her life. Thanks to Hadassah’s state-of-the-art multi-stage intervention– including Pre-Implantation Genetic Diagnosis (PGD), In-vitro Fertilization (IVF), and a bone marrow transplant—that little girl is now Thalassemia-free.

Thalassemia, characterized by the abnormal formation of hemoglobin, is particularly found in people of Mediterranean origin and prevalent in Israel. In Thalassemia major, the abnormality results in improper oxygen transport and the destruction of red blood cells, causing significant complications such as bone deformities and heart disease. In addition, sufferers often need blood transfusions on a regular basis, resulting in iron overload.

If a person is only a carrier of the disorder (he only has one recessive gene for it), the result is mild anemia. If both parents carry the recessive gene, 25% of their children will be born with Thalassemia major.

A bone marrow transplant can change the composition of the blood and the fate of a child born with Thalassemia major. The bone marrow donor, however, needs to be close in age, race, and ethnicity to the child. In addition, the donor must have matching human leukocyte antigen (HLA), a particular aspect of the blood type. After researching world data bases, the father was told his best option was to have another child, who would, hopefully, be healthy, and a compatible donor for the sister.

Thanks to PGD, this medical intervention is possible. Through PGD, physicians can check the embryos to see if the child will be healthy and an HLA match. When a embryo meeting the qualifications is found, it is implanted into the uterus and the pregnancy proceeds as usual. There are only a few countries in the world that perform these diagnostic tests and Israel is one of them, says Prof. Revel. The Mumbai couple chose to come to Hadassah.

Following ovarian stimulation, Prof. Revel and his team removed 19 eggs from the mother and fertilized them. They examined all resulting embryos through PGD and found two that were an HLA match; however, one was thalassemic. The other, fortunately, was heterozygous for the gene, like the parents, and therefore had only Thalassemia minor. The doctors transferred the embryo to the patient’s uterus and a normal pregnancy was launched.

Nine months later, a healthy baby boy was born. When he was one year old, his bone marrow was extracted for transplantation into his sister, who became a healthy three-year-old girl.

Prof. Revel was able to visit the family during a recent professional trip to India. “I had the pleasure of seeing for myself the fruits of our endeavors,” he relates. “What a great feeling!”