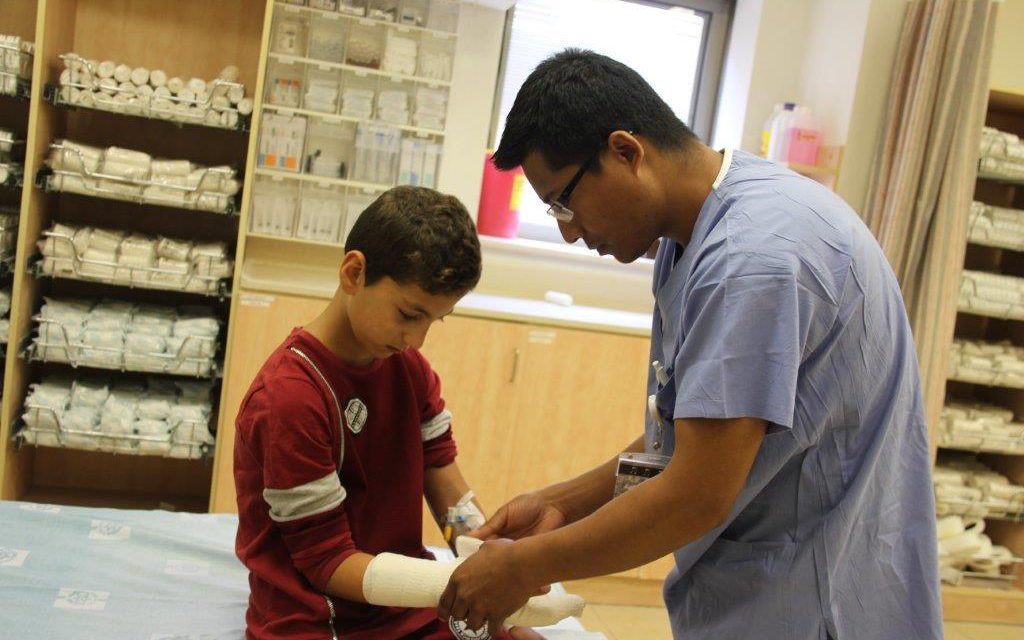 Muhammad Baduan, age 12, had been experiencing pain in his arm on and off for months. Hadassah Hospital Ein Kerem Emergency Room physicians put an end to the boy’s pain when they solved the mystery: Muhammad had a 22-millimeter bullet hidden in that arm–a bullet that had been shot into the air as part of a post-wedding ceremony celebration.

Ten months ago, we were at my cousin’s wedding, relates Muhammad’s father. One of the guests came to me to tell me my son was bleeding. I bandaged the wound and when we got home I cleaned and re-bandaged it. The next day, when Muhammad was still in pain, we went to see a local doctor. He checked the arm, said everything was fine, and sent us home. Two weeks later, my son was able to function normally. But then the pain came back and this week it became intolerable. He couldn’t sleep from the pain and even the lightest touch caused tremendous pain. His arm swelled and it was clear that we needed to check it further.

Dr. Saar Hashavya, head of Hadassah’s Pediatric Emergency Room, explains: The child’s arm was very swollen and, although the father said that it has been checked before, we decided to have an x-ray done to make sure there was no foreign object in the arm.

Since it was not advisable to remove the bullet just yet, Muhammad was given antibiotics and Dr. Kaschichawa Shree-Krishna, an orthopedic specialist, placed the arm in a cast. We want to set the arm so that it won’t move and all the swelling will go down, explains Dr. Krishna. Once the edema is gone, we will operate on Muhammad to remove the bullet. We see many similar cases, but normally patients arrive for treatment soon after they get hurt.

Muhammad was released from the hospital after being given a treatment plan.