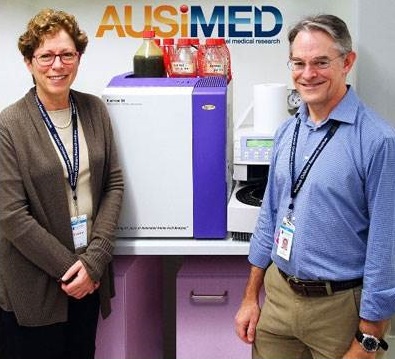 Report on AUSiMED Paediatric Research Symposium in Melbourne 13 and 14 May, 2014

Outline of the Symposium and Attending Israeli Delegates
AUSiMED (Australia/Israel Medical Research) successfully ran its first international collaborative research symposium in Melbourne between Australian and Israeli researchers on 13 and 14 May this year.

The paediatric research symposium brought together top researchers from the Murdoch Childrens Research Institute (MCRI) in Melbourne and the Hadassah Hospital in Jerusalem.  It focused on the following research topics:

The Symposium was developed at the suggestion of Prof Vicki Anderson from MCRI, following her return from an AUSiMED-sponsored visit to Israel.  Prof Anderson saw value in bringing together researchers from Hadassah with those from MCRI, specifically on the key research topics.  This was consistent with MCRI’s support for the Royal Children’s Hospital plan to develop a centre of excellence for managing chronic disease.  MCRI was also looking for a collaborator in the Middle East to explore complex genetic issues.

AUSiMED was successful in raising funds to bring seven outstanding Israeli researchers and paediatricians to the symposium:

Dr Asaf Ta-Shma is a paediatric cardiologist and Head of the Hadassah Cardiogenetic Biobank specialising in the genetics of congenital heart malformations.

There were five significant collaborations developed from the Symposium, for which AUSiMED is immensely proud:

In a letter of thanks sent to AUSiMED and Hadassah Australia following the Symposium, MCRI CEO, Professor Kathryn North expressed her deep appreciation for the visit and the opportunities for further collaboration that have arisen (see Attachment E below).

We were able to use our visitors from Israel to speak at public educational events for AUSiMED, namely: