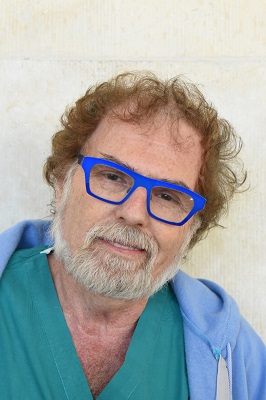 Having given birth to two healthy children, Yonit*, a young Israeli mom, wasn’t worried about her routine ultrasound at week 21 of her third pregnancy. But the doctor in her local clinic wasn’t smiling. Yonit could hardly take in the words: her baby might have a heart defect.

Eight babies out of 1,000 are born with heart abnormalities.

Yonit was still shaking as the secretary wrote down the name of the doctor she should see: Prof. Simcha Yagel at Hadassah Hospital-Ein Kerem, four hours away from her home.

Prof. Yagel, head of Hadassah’s Division of Obstetrics and Gynecology, is an international expert in diagnosing fetal heart problems. This month he is teaching his method, called the “Yagel Method,” to 2,000 physicians in China, via webinar. The Yagel Method leads to a seven percent increase in the detection of heart defects in-utero, which can save babies from a fatal outcome.

Reassuring in his manner, Prof. Yagel, whose first name, Simcha, means joy, told Yonit that he and his team would quickly supply her with answers. Prof. Yagel sent her for Hadassah’s sophisticated genetic testing to see if there were additional problems that are sometimes linked to heart defects. The results, he said, would be available in five days, the fastest turnaround in Israel. If necessary, Hadassah geneticists would also do exome sequencing to look for irregularities in the genome.

Yonit’s genetic test came back negative, but her baby was found to have a small left ventricle caused by a coarctation, or narrowing of the aorta. Armed with early detection of the heart problem, one of Hadassah’s pediatric cardiologists closely monitored Yonit’s pregnancy. When it was time for Yonit to deliver, her doctors chose to perform a Cesarean section to avoid any extra stress on the baby during birth.

The mother and child are doing fine, and the baby is expected to lead a normal life. If fetal monitoring had shown that the baby needed open-heart surgery right after birth, the doctors would have been prepared. As Prof. Yagel relates, “It’s clear that early detection helps improve results. The fetal heart can be monitored throughout the pregnancy, so we know what to expect at birth. With proper intervention, most heart problems can be overcome right after birth.”

Earlier this month, Prof. Yagel and Dr. Anita Moon-Grady, director of the Fetal Cardiovascular Program at the University of California-San Francisco Benioff Children’s Hospital, urged the wider use of three vessels and trachea view (3VT) in fetal cardiac scanning in an editorial published in Ultrasound in Obstetrics & Gynecology.

In addition, Prof. Yagel encourages the use of 4D screening wherever possible, since 3D imaging shows static images, while 4D ultrasound adds live-stream video, capturing the activity of the heart wall, valves, and blood flow.

“The machines are so advanced. It makes one feel more at ease with the diagnosis,” says Prof. Yagel. “The modeling also makes it far easier to explain things to families and students. And surgeons can easily see what they’re dealing with.”

*Not her real name