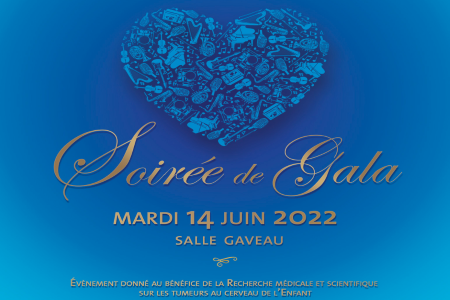 On June 14, 2022, for the first time in three years more than 600 supporters of Hadassah France gathered at an elegant Gala to learn about the latest cutting-edge Pediatric Oncology research at the Hadassah Medical Organization (HMO), and how their donations will benefit children with cancer.

The assembled guests were welcomed by Prof. Emmanuel Messas, president of Hadassah France, who told the audience about Hadassah’s long history of coming to the aid of populations in need of medical care. He spoke about the founder of Hadassah, Henrietta Szold, creating an organization in 1912 with the mission of bringing health care to Jerusalem; and that today Hadassah has a Medical Humanitarian Mission in Poland on the border with Ukraine bringing Medical Care to the refugees. Hadassah International has played a prominent role in this mission.

Prof. Sydney Ohana, honorary president of Hadassah France spoke about the two American nurses that Hadassah sent to Jerusalem in 1913; the creation of the Hadassah Medical Organization; and the building of a modern Hospital on Mount Scopus in 1939. Hadassah had to leave the hospital after a convoy of doctors, nurses, and patients trying to reach the hospital were murdered in an Arab ambush in 1947 but returned in 1967. Despite the turmoil in the Middle East, Hadassah has always treated every patient equally,

regardless of their religion, nationality, and ethnicity. Sometimes Hadassah hospitals treat both the victim and the terrorist at the same time. He told the audience that today Israel is a world leader in technology, and the Hadassah Medical Organization is renowned as one of the leading hospitals in the world. The research done at Hadassah is helping people around the world.  He concluded by thanking the generosity of those attending the Gala and donors from Hadassah international units around the world. Contributions to the work of Hadassah make a real difference.

Following the cocktail hour, Mrs. Yael German, Israeli Ambassador to France and former Minister of Health in Israel, thanked Hadassah France for the support they give to Israel through the Hadassah Medical Organization. As Minister of Health, she personally saw the incredible response that Hadassah is able to mount in times of crisis. She spoke of her pride in all that Israel and Hadassah have achieved, and how happy she was to represent Israel at such a prestigious event in Paris.

Ambassador German then introduced the two eminent Hadassah doctors who had flown to Paris for the Gala, Prof. Amnon Peled, Director of the Goldyne Savad Institute of Gene Therapy Hadassah, and Dr. Gal Goldstein, Director of the Dyna and Fala Weinstock department of Pediatric Hemato-Oncology. The two Hadassah representatives were invited to present their research on oncology and how they are applying it to Pediatric patients.

Dr. Peled and Dr. Gal spoke about how Neuroblastoma is one of the deadliest cancers occurring in young children. Working together they are developing a new treatment that counters cancer at the genetic level.

They thanked the audience for supporting this work. It is the support of donors from Hadassah France that is enabling this research that has the potential to save the lives of children with Neuroblastoma around the world.

The event ended with a beautiful musical performance.