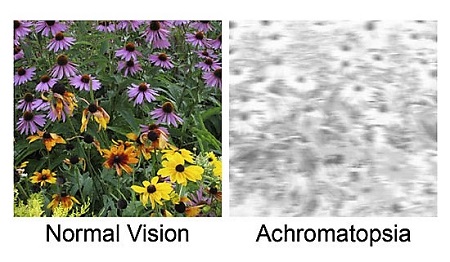 Fifteen years ago, Prof. Dror Sharon joined Hadassah Hospital’s Center for Retinal and Macular Degeneration to study the genetics of eye disease. “I wanted to do research at the best place in Israel and one of the leading ophthalmology research centers in the world,” said Prof. Sharon.

Recently, Hadassah recruited 1,700 families from throughout Israel to take part in a study conducted by Prof. Sharon with Prof. Eyal Banin, head of the Center. “About one-third of our patients come from the Jerusalem area, another 10 percent are from the Palestinian sector, and the rest come from throughout the country,” Prof. Sharon said. “We partner with ophthalmologists from St. John Eye Hospital in East Jerusalem. Three of their research staff were trained at Hadassah, and we share genetic information to discover the genetic sources of eye disease in the Arab population.”

“The genetics that cause eye disease can tell us the family’s history,” Prof. Sharon relates. “For example, a family from South America spent years trying to determine why three of their four children were going blind. They traveled to top medical centers in search of an answer. When an American researcher introduced the family to the team at Hadassah, we found their disease is caused by a mutation unique to Ashkenazi Jews. They didn’t know they had a Jewish background! In addition to demystifying their children’s blindness for them, we reconnected this family to their heritage,” said Prof. Sharon.

Recalling another family, Prof. Sharon related, “Two women waiting to be tested for genetic eye disease began chatting and discovered that they were distantly related. Our tests showed that they carry the same genetic disease. The women contacted their cousins and we discovered that three sisters who moved to Israel from Morocco in the 1950s were all carriers of the same mutation. The disease only affects males and is transmitted by their unaffected mothers. The three sisters all had large families. We brought them all back together through our testing.”

Prof. Sharon and his colleagues are doing collaborative pre-clinical research with Dr. Deniz Dalkara at Institut de la Vision Paris in France and Profs. Carlo Rivolta and Yvan Arsenjavic at the University of Lausanne in Switzerland, to develop cures for many of the patients recruited to Hadassah’s study. As Prof. Sharon explained, “we are primarily utilizing gene therapy, where we inject into the eye a modified virus that includes the intact gene.”

Prof. Sharon added, “Hadassah has successfully identified the genetic sources for over half of our patients with eye diseases. Most of our patients are born with sight and their genetic diseases only begin to affect them from ages 5 to 20. In Israel, where one out of every three citizens is a carrier for genetic mutations that can cause blindness, genetic counseling is important to reduce the prevalence of eye disease in the country.”