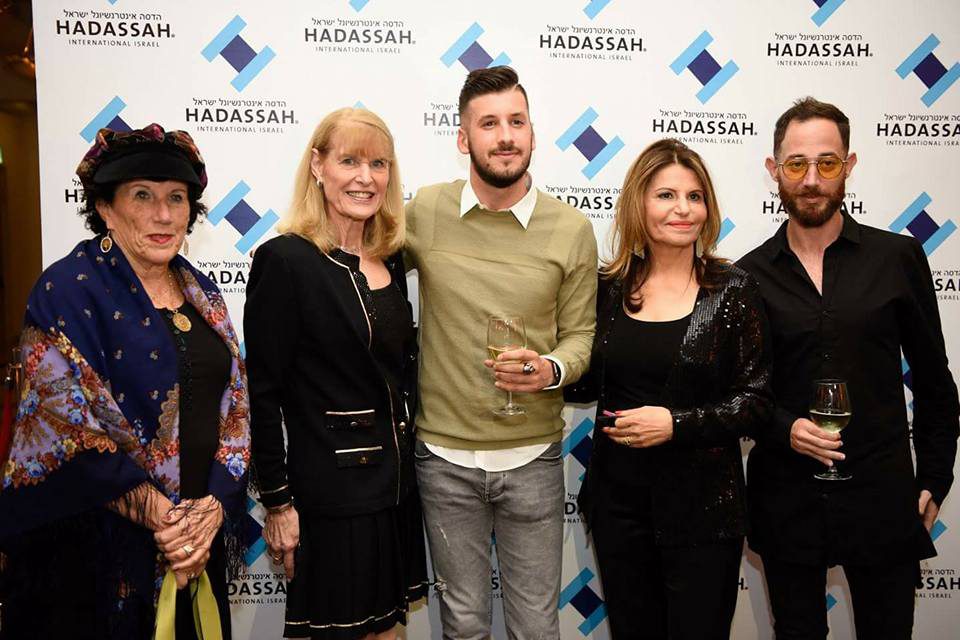 More than a thousand Israelis expressed their support for the eagerly anticipated new Hadassah Hospital Mount Scopus rehabilitation center for wounded soldiers and terror survivors at a gala event sponsored by Hadassah International Israel at the David International Hotel in Tel Aviv.

In a campaign called “New Step in Big Rehab,” more than six million shekels were raised to build a new rehabilitation center and provide updated equipment. A pathway of footprints à la Hollywood’s Grauman’s Chinese Theater forecourt, which showcases the footprints and handprints of Hollywood superstars, is being created for sale to donors. Top military figures, including current Chief of Staff Gadi Eizenkot and former Chiefs of Staff Benny Gantz and Dan Halutz, have stepped barefoot in concrete tiles, together with soldiers and terror survivors who were treated at Hadassah.

A film (in Hebrew) which documents the process of creating the footprints was premiered at the event. Following the film, the soldiers and terror survivors came on stage to a boisterous and emotional standing ovation by the over one thousand attendees.

Gala Speakers included Erez Meltzer, Chair of the Hadassah Medical Organization Board of Directors; Dalia Itzik, Chair of the Hadassah International Board and former Speaker of Israel’s Knesset; and Yael Eckstein, Senior Vice President of the International Fellowship of Christians and Jews, an organization that is a major Hadassah donor. In addition to the speakers, the evening included a musical tribute to the late Arik Einstein, one of Israel’s most popular musicians.

Ms. Itzik, one of Israel’s most admired national leaders, noted in her address to the participants: “We were told we couldn’t fill this giant hall, but we have. Many people bought tables and offered the seats to soldiers. We are so proud to have them here, and we’re proud of Israelis who have come forward to support our soldiers, who deserve only the best.”

Although Hadassah Hospital’s current center features a much sought-after staff, many patients must wait for treatment because of lack of space and the need for additional equipment.