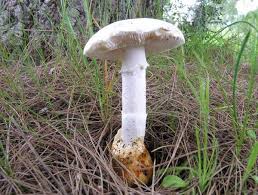 In treating a patient who suffered from massive congestive heart failure and a malfunctioning liver, Dr. Yuval Horwich, a resident in the department of internal medicine at the Hadassah Medical Center, discovered that the man had eaten a poisonous mushroom, which he had picked in the Jerusalem forest.

The patient was a forester by profession and Dr. Horwich assumed he knew what he was eating. Nevertheless, he decided to investigate. Using a GPS (Global Positioning System), he located the exact spot in the forest where this type of mushroom grew, picked another mushroom, and sent it to a specialist at Haifa University.

It turned out to be a type of poisonous mushroom that had not been found in Israel before. Prevalent in Europe under the name, Amanita Proxima B, the mushroom looks exactly like an eatable type named Amanita Ovoidea A.

The forester recovered and Israeli nature lovers now have another poisonous mushroom to avoid.