Hadassah MexicoNews from Our Units2 June, 2016 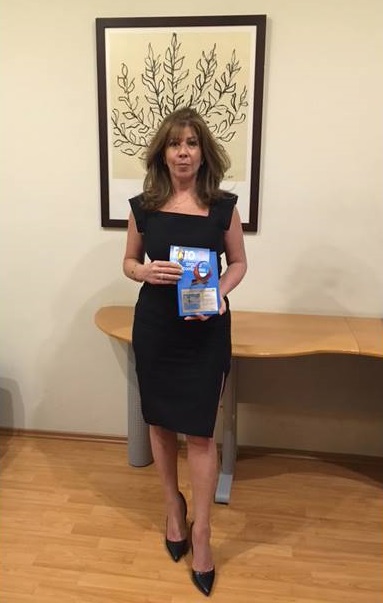 On Sunday, April 10, a day of Jewish pride was celebrated at the Mexico City Jewish Community Center (JCC).  It was a day of joy and recognition for many of the Jewish institutions in Mexico that provide help and assistance to the Jewish community and to the country in general.

Hadassah was one of the organizations recognized for its outstanding work.

During the event, each institution showed a video that demonstrated its objectives, achievements, and activities. On multiple screens, simultaneous videos showed the personal testimonials of those who have been helped by each institution.

At the conclusion of the event, a group photo was taken of the representatives of the various institutions, each displaying their well-deserved awards.

In an interview, she discussed the work of Hadassah International in Mexico as a non-governmental organization that supports the Hadassah Hospitals in Jerusalem.  She explained that Hadassah International is supported by men and women of all religions and nationalities, and focuses on medical and scientific advances and cooperation that transcends politics, religion and borders.

Ethel Fainstein stated that goal of Hadassah Mexico is:

Hadassah Mexico is very proud to have received this award.