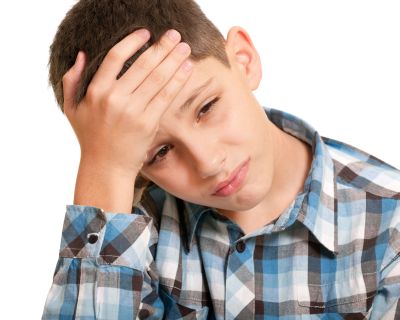 A multidisciplinary team from the Hadassah Medical Organization and Hebrew University has designed a novel treatment to alleviate children’s chronic headaches. The treatment consists of biofeedback to trigger relaxation, coupled with a virtual reality system that leads the patient to visualize a pain-free self.

Chronic headaches are one of the most widespread pediatric medical challenges. Typically, pharmacological treatments are only partially effective and overuse of pain medications can prove counterproductive. Recognizing this, Hadassah’s researchers looked for an alternative. They found it in their two-prong behavioral approach.

The team hypothesized that virtual reality could serve as an efficient and perhaps more potent replacement for guided imagery, particularly for those children who have difficulty following imagery suggestions. In addition, they predicted that the combination of learning to relax and viewing themselves in a headache-free state would enhance the children’s ability to cope with their headaches.

The study involved ten children, whose average headache frequency was 17 days per month–each headache lasting 19 hours if the child did not take medicine. With medication, the duration decreased to an average of 6 hours, but the pain medicine did not diminish the frequency of the headaches.

The program consisted of 10 sessions, preceded by an introductory meeting. During the initial meeting, the children had their pictures taken with different facial expressions–ranging from happy to agony. These pictures were then combined with graphics of pain which the children reported were appropriate to the facial expression. The children were then guided during the course of the 10 sessions to practice relaxation with biofeedback and to associate successful relaxation with pain-free virtual images of themselves.

During each session, the children were instructed to gaze at the screen and try to relax, as they viewed virtual representations of themselves and their pain. The presentation took them from a painful state to a relaxed pain-free state. Successful relaxation was measured through reduction in “galvanic skin response” (GSR), which reflects changes in a person’s emotional state that are tracked with electrodes.

Nine of the children completed the 10-session program and reported that their pain lessened and their quality of life improved significantly when asked one and three months following treatment. Most also said they applied their newly acquired relaxation and imagery skills outside of the laboratory.

The researchers note that “in all outcome measures, no differences were found between the migraine and tension-type headache patients.”

Offering an explanation for the program’s success, the researchers relate that watching pain decline in another person or in a virtual image of oneself may relieve pain in the observer. “Obviously, they add, “this hypothesis needs to be examined in the future using brain imaging techniques. The researchers conclude, however, that their system, combining biofeedback and virtual reality, “is feasible for pediatric use” and advocate for larger studies to confirm their findings.
A new double-blind study is now in progress at Hadassah.