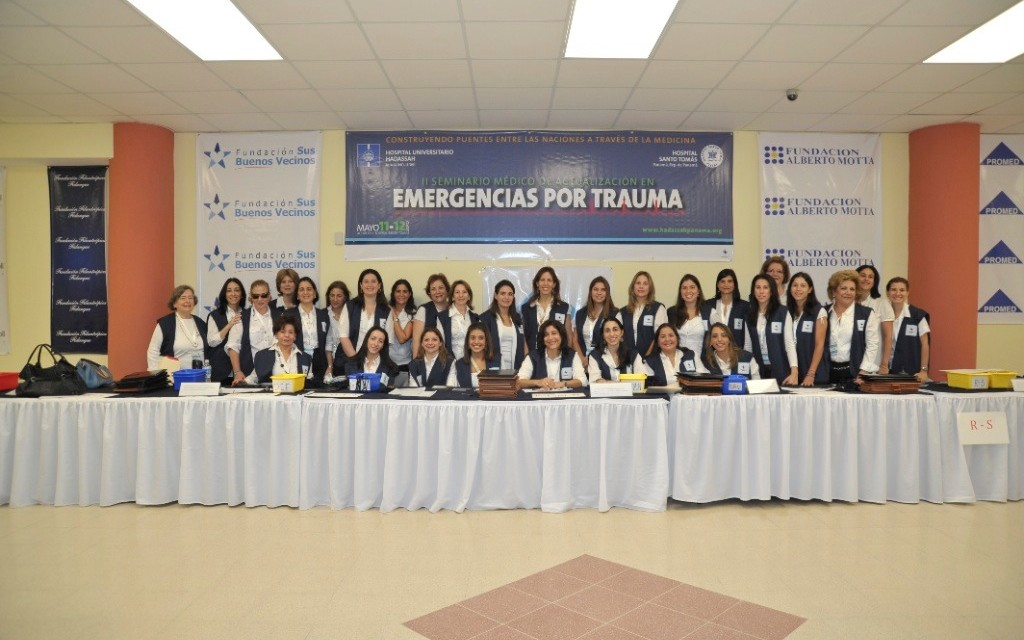 In addition to speaking at the seminar, Dr. Appelbaum offered four intensive workshops on the use of ultrasound techniques for victims of trauma. Dr. Almogy and Nurse Sharon continued their hands-on training in Santo Tomás’ emergency room, which they began in 2008. One of their main contributions during this trip to Panama was to help improve the working relationship between Santo Tomás and Panama’s 911 Ambulance Service.

The Trauma Project, initiated in 2007, is Hadassah Panama’s contribution to “building bridges among nations through medicine.”