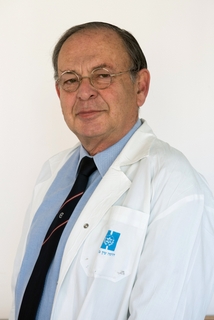 The European Association for the Study of the Liver (EASL) has named Prof. Daniel Shouval, founding head of the Hadassah Medical Center’s Liver Unit, “Honorary President” of its International Liver Congress™ 2016. The 2016 Conference will take place in Barcelona, April 13-17, with more than 10,000 researchers and physicians from five continents.

EASL’s choice expresses recognition of Prof. Shouval’s contribution to the understanding and treatment of liver disease in Israel and the world, particularly his work on developing a vaccine for hepatitis B. As a result of Prof. Shouval’s work, Israel was among the first countries to endorse universal vaccination for hepatitis B, a leading cause of liver cancer and liver failure.   Today, 189 of the 194 countries belonging to the World Health Organization recommend this vaccine.

Prof. Shouval was also involved in developing a vaccine for hepatitis A. Israel became the first country to institute universal vaccination for this disease, which was very common in the region. As a result, there was a 95 percent drop in its incidence among children and young adults. The vaccines he and his team created for hepatitis A and B have virtually wiped out these diseases.

In 1983, Prof. Shouval established the first liver unit in Israel at Hadassah, which he directed for almost 30 years until his retirement in 2010. He treated thousands of patients during his   long career at Hadassah, where he was responsible for many breakthroughs, mentored generations of outstanding liver experts, and published pivotal research papers. Today, he continues to teach medicine and to advise the World Health Organization and other health bodies in Europe, Asia, and Africa.

“As someone who has devoted his life to the study of the liver,” said Prof. Shouval, “I am very moved at being chosen. More than that, the honor recognizes the work of the outstanding Hadassah liver team that provides hope to patients who had no hope. Furthermore, it recognizes the contribution of the Israeli medical establishment in general, and Hadassah in particular, in finding cures for diseases that threaten such a wide population.”