Hadassah: Saving Lives in the Middle of Terror 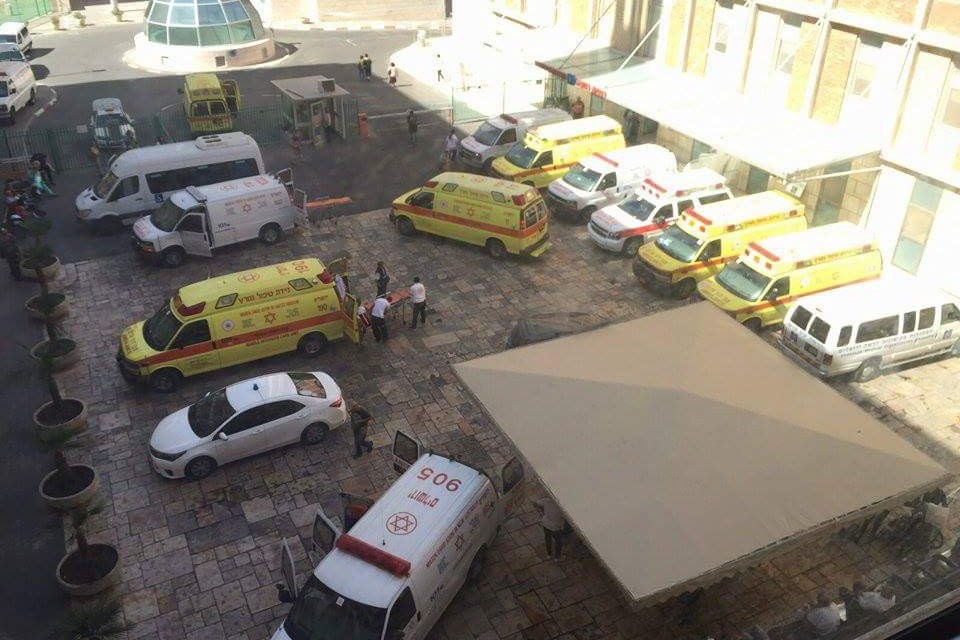 Two weeks of Terrorist Attacks have gripped Jerusalem. Hadassah is saving the lives of both the victims and the perpetrators. That is what we do. We choose life.

We greatly appreciate the dedication and care that the doctors, nurses and other healthcare professionals have given during this difficult time.  The trauma team led by Surgeon and Head of HMO’s Shock Trauma Unit Avi Rivkind also includes the trauma surgeons he’s trained — Prof Alon Pikarsky, Acting Head of Department of Surgery Ein Kerem, and Dr. Miklosh Bana, Director of Trauma and Acute Care Surgery Unit, and other specialists.

An injured stone thrower, age 13, is our patient. The Hadassah hospital is doing our best to save him.  His mother and grandmother are with today. His leg may have to be amputated.

Odel Bennett and her husband Aaron and their two children were walking back home from the Kotel when a terrorist attacked them. Aaron was killed. Odel fought the terrorist, and sustained 11 wounds. She was close to death. The terrorist also shot her 2 1/2 year old son Natan. In an unusual arrangement, they are sharing a room on the surgery ward in the Sarah Wetsman Davidson Hospital Tower. Old City resident Nehemia Lavi, who rushed to help the couple during the attack, was also killed. Read more

There were 4 terrorist attacks in Jerusalem. Hadassah is trying to save the lives of both the victims and their assailants.

Aaron Heller, the AP reporter, came to Hadassah today to do the story of a hospital treating terrorists and terror victims. It was hard going, because tension broke out among the families of the patients. The level of tension is far greater than it has been for a long time.

Richard Laken, 76, was going for a doctor’s appointment. He’d thought of walking from his home in East Talpiot, but because of the situation was nervous about crossing the Talpiot Tayelet. So he took bus 78. A pair of terrorists got on, with a firearm and knives, and he was stabled in the chest. He’s in very serious condition, and we pray for his recovery.

Three of the four patients from the bus in the Hadassah Trauma Center have gone to surgery. The fourth, one of the terrorists from the bus attack, was declared dead on arrival.