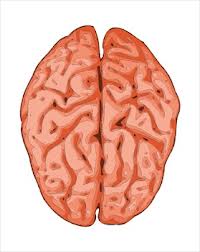 Topographic brain mapping is the organization, depiction, and classification of various areas of the brain with regard to their physical relations to one another. One fundamental property of the brain is that it uses topographic organization, meaning that parts of the brain that make similar types of computations are situated close to each other (also known as brain maps or spatial computation). Dr. Arzy and his colleagues from the laboratory and the Hebrew University Faculty of Medicine have found that it is the continuity of the map which is disturbed or reorganized in neuropsychiatric disease. Moreover, they explain, this continuity–or lack of it–can be quantified, enabling scientists to detect neuropsychiatric disease.

In the study, the researchers investigated the role of continuity in pathological states of two patient populations: patients with cervical sensory Brown-Séquard syndrome (injury to one side of the spinal cord) and patients with cervical disk protrusion.
Because they were performing surgery to repair the cervical disk protrusion, they were able to evaluate the patients before and after surgery. In addition, working with human patients, rather than animal models, enabled the team to elicit their patients’ subjective experience, which is crucial for understanding sophisticated cognitive functions and neuropsychiatry.

The study involved comparing reactions to continuous sensory stimulation under functional Magnetic Resonance Imaging (fMRI) in the same study subjects. Evaluating the divergence from a continuous pattern, they found that continuity was disturbed in the same locations in both patient populations. Furthermore, they found that results for the non-injured body side and post-surgical repair were comparable with control subjects. Signal power proved the same across the patient populations.

As the researchers explain, their results suggest that their patients’ decreased sensation is related to discontinuity in the brain mapping rather than signal reduction and that this disruption may be expressed as pathological processing and a consequent loss of sensation.

Dr. Arzy also brings out: “These findings suggest that continuity is a primary principle in brain computation, but in pathological states, the brain may give up on this principle in order to retrieve as much information as possible.”

The study team concludes: “In each individual patient, pathological processing was reflected by discontinuity of topographic maps rather than signal reduction. These findings highlight the importance of continuity in topographic organization and may serve as a biomarker for somatosensory pathologies (those relating to sensation of pain, pressure or warmth).”

The study is highlighted in the December 2015 issue of Proceedings of the National Academy of Sciences.