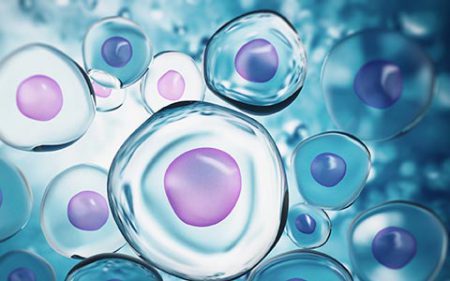 He grew up on the Mediterranean coast in Ashkelon, but Eyal Turgeman dreamed of becoming an African wilderness tour guide. After serving in the Israel Defense Forces’ elite paratroopers unit, he arrived in Namibia, a southwestern African country marked by rocky trails, sunshine, and sandy open spaces.

Then his plans came to a crashing halt. On a hike Turgeman slipped, tumbling 16 feet and severely injuring his ankle. He was 500 miles from the closest hospital and more than 60 miles from the nearest highway. At the last minute, he’d packed a satellite phone. Earlier on that trip he’d met a local pilot. As he lay there, injured and alone, Turgeman remembered the pilot’s number and mustered all his strength to reach his phone. The pilot rescued Turgeman and brought him to Windhoek Central Hospital. There, the orthopedist pieced his leg together and gave Turgeman some advice. “Forget your dream,” he said, “and buy a cane because your leg will never fully heal.”

For 14 years Turgeman hobbled around Israel. He became a real estate developer, met his wife, Rachel, and settled down to raise their four kids. Turgeman was in constant pain, but his only option was an irreversible procedure that would destroy any hope of his ankle improving should there be a medical breakthrough. In 2014, he gave in to the pain and scheduled the surgery that would immobilize his ankle.

Then he got lucky. At a party he met a young man with a similar problem. He told Turgeman about a doctor using new technology from the United States. “It was as if a lightning bolt hit me,” Turgeman recalled. “I knew I had to meet this doctor. I cancelled my scheduled surgery and called to make an appointment with Dr. Vladimir Goldman.”

His call to Dr. Goldman at Hadassah Hospital Ein Kerem took place that same evening. There was a cancellation and the doctor had an appointment the next day. “I knew this was a sign,” said Turgeman.

Dr. Goldman explained that there was a way to get Turgeman back on his feet and eliminate his pain. Using stem cells, Dr. Goldman could perform what’s called ankle distraction arthroplasty. First, Dr. Goldman would place an external fixator on Turgeman’s ankle. External pins would stabilize the bones in the proper position but also enable Turgeman to turn the screws and stretch the ankle area. Then, the stem cells would regenerate the damaged tissue.

After the external fixator was placed, Dr. Goldman extracted stem cells from the pelvis bone marrow and injected them into Turgeman’s ankle. “This reduces pain in the joint and preserves motion,” explained Dr. Goldman.

Turgeman was the youngest Israeli to undergo this procedure. “I told Dr. Goldman that when I can walk again, I’m going to take him on a hike. Seven months after the surgery, 14 years after giving up hiking, Dr. Goldman and I actually went camping and hiking in the desert.”

It’s been four years and Turgeman is still pain-free. “Dr. Goldman gave me my life back,” said Turgeman. “I am forever in his debt and forever grateful to Hadassah.”