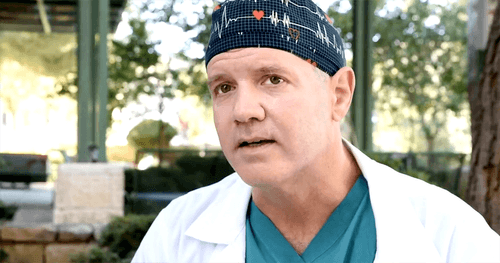 Fayez, age 15, is a sweet and handsome teen who was born with one heart ventricle instead of two. Having grown up partly in Orlando, Florida, Fayez now lives in Kfar Akab, a village between Ramallah and Jerusalem. Despite his dire medical condition, Hadassah Medical Organization doctors have kept Fayez alive all these years through many medical interventions, including open-heart surgery and various gastroenterological procedures.

Dr. Sagi Gavri, director of Hadassah’s Pediatric Cardiology Department, has cared for Fayez since he was born. He oversaw Fayez’s numerous heart catheterizations and surgeries, aimed at bringing his cardiovascular system to a point at which he can survive.

At age 9, Fayez developed Protein-Losing Enteropathy (PLE), a rare, complicated and very serious disorder involving the loss of proteins in the intestines due to lymph leakage. We know about hearts, veins and arteries, but what do we know about lymph, a clear liquid that flows through our body in its own ducts, carrying white blood cells and killing bacteria? When the lymph flow is compromised, it can make it very difficult for a person to eat and digest food without getting sick. When obstructed, it can become fatal.

“In recent years, there’s been increasing awareness, here and abroad, that the lymphatic system is of great importance to many diseases that were once considered incurable, including heart failure and heart defects,” says Dr. Gavri.

Surmising that Fayez’s lymph ducts needed to be widened, Dr. Gavri recently assembled a multidisciplinary team of Hadassah physicians and brought in Ïsraeli-born Dr. Yoav Dori, director of the Center for Lymphatic Disorders and Lymphatic Research at Children’s Hospital of Philadelphia. The surgical team set out to perform a lymph duct catheterization on Fayez, similar to the procedure done on blood vessels within the heart.

Abdullah, Fayez’s father, relates, “It was hard for me to see him that way. He’s just a kid. But he’s strong, stronger than me. And we knew he was in good hands.”

The catheterization, a first such procedure in Israel, was a success, Dr. Gavri reports. Before the procedure, Fayez was too ill to eat. Now, Dr. Gavi says that he is “eating and returning to his old self. Soon he will be back at school and living like any other teen.”