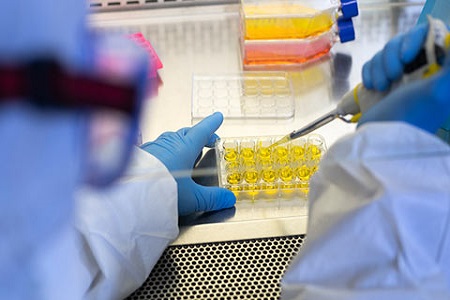 The Hadassah Medical Organization is slated to begin a clinical trial with an Israeli-made COVID-19 vaccine in November. Eighty volunteers are being recruited to participate at Hadassah and Tel Aviv’s Sheba Medical Center.

The vaccine, developed by the Israel Institute for Biological Research (IIBR), was tested successfully on hamsters. IIBR announced in June that hamsters who were given its vaccine and later exposed to the contagion did not contract the coronavirus.

The initial phase of the human trial will test for any major side effects. Should the initial results prove positive, the trials will be expanded to hundreds of volunteers in additional medical centers around the country. Volunteers who receive the vaccine will be paid, and they will remain under medical surveillance for a year.

While the experiment still requires the approval of the Israeli Ministry of Health’s Helsinki Committee, which oversees the rights, safety, and well-being of participants recruited for medical research, Hadassah and Sheba have already begun preparations to recruit young and healthy volunteers.

IIBR engineered the vaccine by replicating a virus that is not harmful to humans and replacing one of its proteins with the coronavirus spike protein. This protein will trigger the production of antibodies to it, preventing the virus from binding to human cells.

The Israel Institute for Biological Research (IIBR), whose director-general is Prof. Shmuel C. Shapira, former deputy director-general of Hadassah Hospital Ein Kerem, is a governmental research facility specializing in biology, chemistry, and environmental sciences. As explained on its website, IIBR was founded in 1952 by a group of scientists from the Israel Defense Forces’ Science Corps and from several academic organizations. Over the years, the Institute has been engaged in research and development to provide Israel with scientific responses to chemical and biological threats.