Hadassah to Initiate Trials of Japanese Drug to Fight COVID-19

...More than a HospitalCOVID-19International Connections6 April, 2020 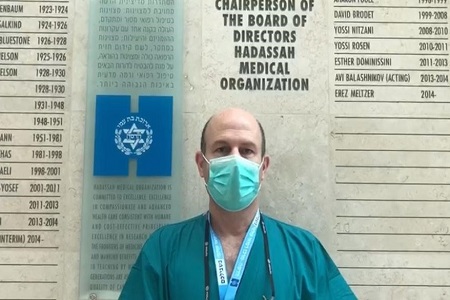 The first shipment of the Japanese drug Avigan, which appears to be effective in treating COVID-19, arrived in Israel last week. Avigan, if given in the early stages of the illness, seems to shorten the length of illness and keep a patient’s condition from becoming more serious.

The introduction of Avigan in Israel resulted from cooperation among the Israel Embassy in Japan, the Foreign Ministry, the Ministry of Health, the Acquisition Headquarters, and the Hadassah and Ichilov medical centers, whose teams will head the medical trials. In recent weeks, Ambassador to Japan Yaffa Ben-Ari, Hadassah Prof. Ran Nir-Paz, an expert in infectious diseases, and Dr. Esti Sayag, deputy director of Information Systems and Operations at Ichilov, worked with governmental officials and the pharmaceutical company Fujifilm Toyama Chemical to acquire the drug.

Thanks to the efforts of its diplomats and its connections with Fujifilm, Israel became one of the first countries to receive this drug, which has already been approved for use by the Israeli Ministry of Health. The Helsinki Committee, which needs to approve experimental treatment, met today at Hadassah and granted initial approval for Avigan. Once final approval is received, 80 COVID-19 patients will be treated with it in a trial that includes Hadassah, Ichilov, Soroka, and Poriah medical centers and researchers from Hebrew University.

Prof. Nir-Paz, who flew to Japan in February to help treat the Israelis who contracted COVID-19 on the Emerald Princess off the coast of Japan, explained that Avigan was created to shorten the period of illness and prevent spread of a pandemic flu. It was the subject of several studies in China. “It’s a first-line treatment in Japan, and the purpose of the Israeli trials is to see how effective it is,” said Prof. Nir-Paz.

Dr. Sayag stated, “Among the medicines proposed to treat coronavirus, Avigan stands out as having the potential to halt the decline of patients and to help to flatten the curve in our current situation in Israel. We want to thank Ambassador Ben-Ari, who worked tirelessly with us to make sure this important mission was accomplished.”

Congratulating Ambassador Ben-Ari, the Ministry of Health, the Acquisition Headquarters, Prof. Nir-Paz, and Dr. Sayag for bringing this breakthrough research to Israel, Foreign Minister Israel Katz said, “In this challenging time, the Ministry of Foreign Affairs is among those working to bring equipment and medicines to Israel to fight this virus.”

From Tokyo, Ambassador Ben-Ari said, “I want to thank the government of Japan and especially the drug manufacturer Fujifilm for their recognition of the importance of this Israeli research and the high level of the research suggested by Prof. Nir-Paz. We are continuing to work to bring additional shipments of the medicine to Israel.”