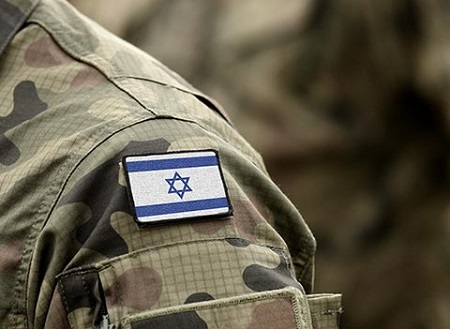 Ori Hemo’s father, Kobi, planned a big surprise for him. He flew from San Diego, California, to Israel on February 5 to attend his lone-soldier son’s swearing-in ceremony at the Western Wall in Jerusalem. Ori had joined the Israel Defense Forces (IDF) in December.

Ori and a group of soldiers were heading to the event in Jerusalem’s Old City at two in the morning when a driver steered his car toward them.

Ori was the first to understand what was about to happen, but not soon enough to warn the other soldiers to dive out of the way of the oncoming vehicle.

Hadassah Hospital Ein Kerem and Hadassah Hospital Mount Scopus treated seven of the soldiers. The other soldiers were less seriously injured than Ori, with most sent home. Doctors described Ori’s injuries as “moderate.”

Kobi was in shock when he saw his son’s badly bruised and swollen face. Ori’s eyes were hardly open. However, it was the internal damage that required greater medical attention. “He’s got fractures in his pelvis, ribs, and face, as well as broken teeth,” relates Kobi.

Kobi recalls, “I got the call at 3:00 a.m. I arrived at the hospital at five a.m. The team has been incredible. I’m amazed by the way everyone from the hospital and the army has jumped in to help.”

Ori was a student at California’s San Diego Jewish Academy before moving to Israel to volunteer in the IDF. His parents, though Israel born, met and married in the U.S. Kobi and his wife, Hagit, have two children at home, Yuval, 15, and Agam, who will celebrate her bat mitzvah this summer.

Despite the traumatic incident, Ori immediately told his father he plans to complete his military service.