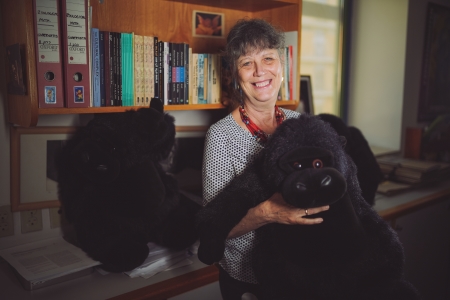 As if pandemic lockdowns and shuttered schools were not enough, 13-year-old Meirav was hit by a car near her home in Jerusalem in the spring of 2021. Her injuries were minor but the emergency care physicians at the Hadassah Medical Organization who first saw the pale and silent teen diagnosed her with post-traumatic stress and referred her for help.

“It was quickly clear that Meirav’s trauma was not related to her accident but to what was happening at home,” said Dr. Esti Galili-Weisstub, head of Hadassah’s Herman Dana Division of Child and Adolescent Psychiatry. Meirav, whose name has been changed to protect her privacy, and her four siblings had spent the months of remote schooling largely confined to their small fourth-floor apartment, Dr. Galili-Weisstub explained. Their father had lost his hotel job when the tourists stopped coming. Frustrated and volatile, he had dominated the living room, leaving the television blaring all day.

Throughout the pandemic, Hadassah’s psychiatry unit has been full, with a six-month waiting list for new patients. Its day clinics have been at capacity, too, fielding 17,000 patients in 2021 and a months-long waiting list just to get an appointment.

At certain times during the pandemic, many interventions went remote, but “therapy via Zoom is challenging,” said Dr. Galili-Weisstub. “The value of sitting in the same room with a patient can’t be overstated.”

Zoom therapy was not suitable for Meirav, so Dr. Fortunato Benarroch, director of the division’s Center for Pediatric Traumatic Stress, treated Meirav and her family in person. He guided the mother in involving her children in meal preparations, emphasizing the importance of a family meal at least once a day, and helped the father recognize his impact on his children. The changes in the family dynamics, plus a return in September to in-person schooling, created marked improvement in Meirav’s mood.

At a conference in Berlin some 20 years ago, Dr. Galili-Weisstub joined mental health professionals from Gaza, the West Bank, Lebanon, and Jordan at a session on the impact of the Middle East conflict on children in the region. “We considered its effect on the developing brain, emotional capability, creativity, and flexibility. In doing so, we perceived a mutual reality,” she said. That meeting was the beginning of ongoing relationships between Israelis and Palestinians in the field.

Fifteen years later, these relationships evolved into the Binational School of Psychotherapy in Jerusalem. Under the aegis of HMO and jointly headed by Dr. Galili-Weisstub and Shafiq Masalha, an Arab Israeli clinical psychotherapist, the school’s purpose is to upgrade the skills of postgraduate Israeli and Palestinian mental health professionals in treating youngsters affected by war and terror.

One Palestinian graduate commented, “We and the Israelis are mirror images. When they talk of their children’s suffering, they could be talking of our children.”