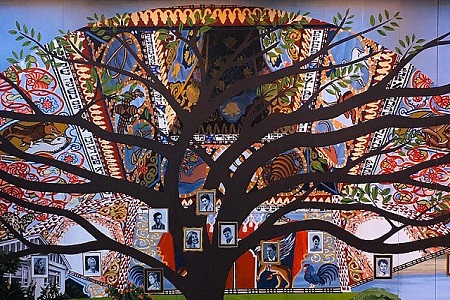 “Our Struggle Could Still Have A Fairy Tale Ending” published on September 27th is the title of a Times of Israel blog, where Jorge Diener, executive director of Hadassah International (HI) writes about mystery and magic which often come together in fairy tales as in real life too; about happy-ever-after endings; about Sukkot and the Sukkah where parents and children are dwelling together and share the magic of the stories from the past and present.

Also, find out more about the analogies between the Sukkah and the world today written by some of Hadassah Medical Organization’s (HMO) frontline doctors still fighting for the lives of those affected by Covid-19, who share their insights as to how we could make this fragile world safer, like in the Sukkah.

Mystery and magic often come together to the party. Fairy tales are full of the orphans, loners, and deprived whose storylines made them princesses and achievers; allowing them to live happily ever after. For fairy storytelling to happen, we need an extremely dramatic opening that leads eventually to an enchanted grand finale.

Cinderella endures a life of misery under her stepmother’s cruel domination before she becomes the chosen one in the kingdom’s palace. Queen Esther, whose biblical name was Hadassah, was not a Cinderella. However, after facing the potential extermination of her people, she became a queen and savior at once.