Home for the Holidays—Made Possible by Hadassah 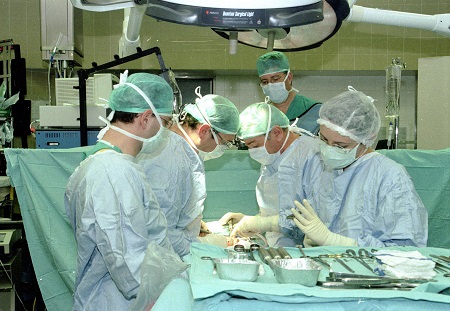 Many appreciative patients are home for the holidays, thanks to the compassionate, complex medical and nursing care they received in the unique family environment of Hadassah Hospital.

One such patient is Katrina. An immigrant from Moldova and caretaker for two disabled individuals, Katrina, age 49, received the liver she needed to save her life, thanks to Hadassah’s doctors going that extra mile to plead her case.

Not only is Israel’s liver transplant waiting list very long–with 1,160 people on it–but a foreign worker such as Katrina is not eligible to be on that list–despite her legal status. When Katrina first became very ill, her family found a donor from Moldova, but when he arrived at Ben Gurion Airport, he was sent home because he had failed to undergo the necessary screening and receive permission from the Israeli Health Ministry to provide a live liver donation.

Katrina’s health continued to deteriorate. By Yom Kippur, the Jewish Day of Atonement, Katrina was in a near vegetative state. While her husband, Paul, was in the intensive care waiting room of the hospital where she was then a patient, he overheard someone talking about Prof. Rifaat Safadi, head of Hadassah’s Liver Unit, and a machine Hadassah has called MARS (Molecular Adsorbents Recirculation System), which washes a patient’s blood and serves as a bridge to the transplant procedure. He hoped MARS could buy his wife some time.

Katrina was transferred to Hadassah and, with intense treatment, she recovered consciousness and overcame a life-threatening infection.  MARS, however, wasn’t enough to save her.  She needed a liver transplant–and she needed it quickly.

Hadassah’s doctors went to bat for her.

The day before Katrina arrived, Dr. Hadar Merhav, head of transplantation surgery, had transplanted, into an Israeli citizen, a liver donated by a Filipino tourist who had died in Israel. He and the entire Hadassah transplant team believed denying Katrina a transplant was a travesty. “A person working legally in Israel for seven years, paying taxes and medical insurance, and providing a unique service for the elderly and disabled cannot and should not be denied lifesaving medical care,” said Dr. Merhav–“especially in light of the frequent use of organs donated by guest workers and tourists who die in Israel. Medically, legally, and ethically, Katrina deserved to be placed on the list.”

Dr. Merhav convinced the chairman of the liver committee of the Israel Transplant Center, who enlisted the help of the center’s steering committee, which ratified the decision. Because her situation was so dire, Katrina was placed at the top of the list. “Miraculously,” Dr. Merhav reported, “within several hours, a liver became available in Haifa.”

Hadassah’s Senior Surgeon Dr. Abed Khalaileh recalls traveling to Haifa at two a.m. to see the liver. There had been reservations initially regarding whether it was good enough for a transplant. After examining the organ, however, Dr. Khalialeh declared it “a doll of a liver.”

Katrina recovered well in Hadassah’s Sarah Wetsman Davidson Hospital Tower and was able to go home. This week she celebrated Christmas with her family in Haifa.