Hospital with co-existence on call: Meet the UK director of Hadassah 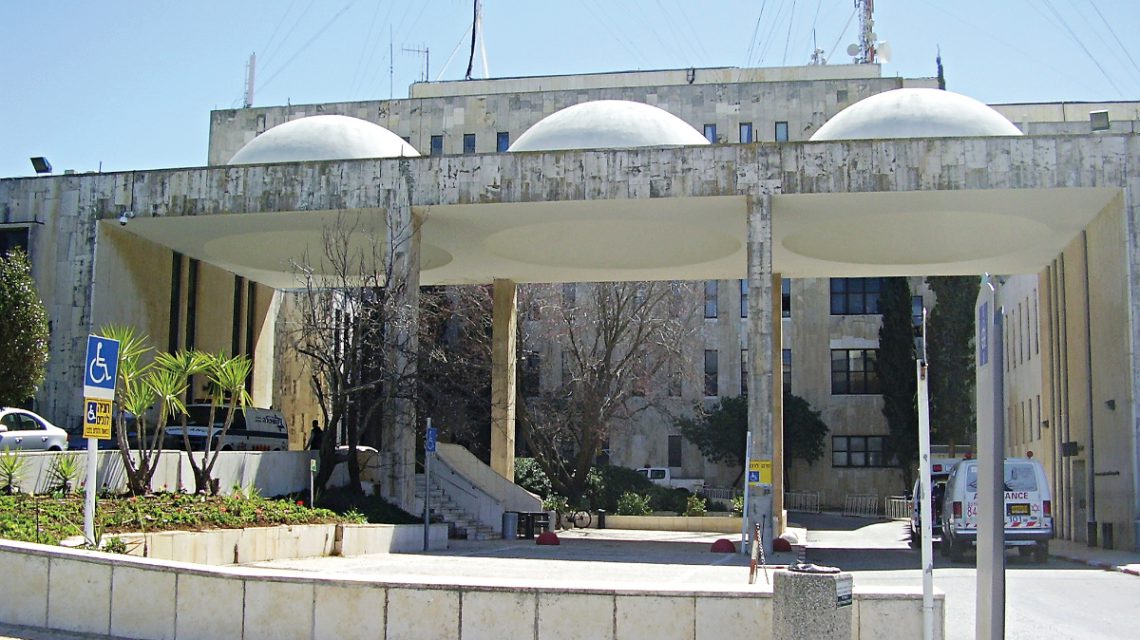 British-born head of Jerusalem’s Mount Scopus site, Dr. Tamar Elram, says it is the perfect example of harmony in the Holy Land

Dr. Tamar Elram, the UK-born director of Hadassah Mount Scopus, says the hospital is the embodiment of co-existence that lays to rest the lie that Israel practices apartheid, writes Joe Millis.

The obstetrics and gynecology  specialist said: “What’s unique about Hadassah and the Israeli healthcare system in general is it’s where co-existence works.”

Elram, who led sessions on Jewish values and healthcare at last month’s Limmud Festival, recalled speaking on a panel at Betzalel art college in Jerusalem, where “we discussed whether, if co-existence works in healthcare, it can work elsewhere.”

Hadassah Mount Scopus, she added, was the classic example of this – “it’s not only the patients, it’s also the staff. For example, we sent out Christmas cards to all our Christian staff, just as we would send greetings to our Jewish and Muslim staff on their holidays.”

The same was true with the patients, she added. “People come to Hadassah Mount Scopus because of its location in the north east of the city.

“This covers the different groups in Jerusalem; the secular, the Charedim, the Palestinians. Everyone is together, in the wards, in the corridors. They don’t talk about politics, they drink coffee.”

“This is what Hadassah has been doing for the past 100 years and it’s still there.”

She added that Hadassah, like Israel, “has to keep on being the best, in technology, in science, in medicine and, unfortunately, in security, too.”

As part of “being the best” that the “Innovation – formerly Startup – Nation” offers, Hadassah is one of three Israeli hospitals in LR Group’s £10.6 million Biohouse for shared workspaces for biotechnology and medical startups.

The Biohouse will offer a combination of technological incubator, shared workspace and synergy with the hospital.

Elram described the Biohouse concept as a “creative and exciting” development.

Hadassah director-general Prof. Zeev Rotstein said: “It isn’t a coincidence Hadassah was chosen as the first hospital where such a centre of innovation has opened.

“Hadassah offers researchers and innovators not only the optimal working environment, but the co-operation and mentoring of the finest doctors and researchers in every medical field.”

The Jerusalem LR Biohouse will have space for 40-50 early stage and more mature biotech and medical startups as well as a startup accelerator, which will be operated by Hadassah.

LR Group VP business development Yaki Zinger said, “We are designed for companies in all stages of operations. We’re suitable for companies that have already graduated from an accelerator or incubator, but don’t necessarily have the amount of capital that enables them to be 100 percent independent and provide all services by themselves.

“While co-working areas in high-tech are designed to provide a work experience and bring together companies, we want to provide a full basket of services, mainly through our connections to the hospitals.”

Elram credits Rotstein with taking the hospital leaps forward. “You see it in the pride of the workers, in the construction projects. There is so much going on, so much research. We are now reaching beyond full capacity at Mount Scopus,” she said.

“And now we have to build more, because Greater Jerusalem is the fastest growing city in population and I think geographical size in Israel.”

Elram has a message for British Jews. “Zionism is not a dead word. People are sometimes afraid of using a word that was once considered our dream. Don’t be afraid to acknowledge it.

“In my eyes, Israel is our dream comes true and is still being realized now.”