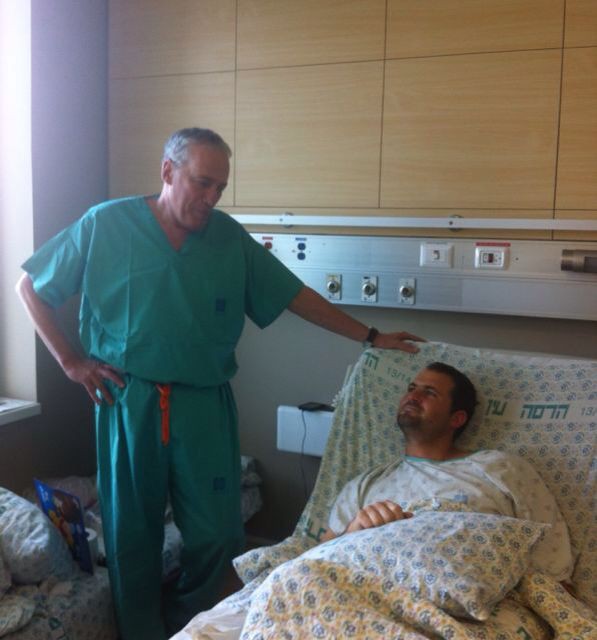 “When I saw a young woman on the road, I stopped my car,” relates Yishayahu Horowitz, a medic in the Israel Defense Forces. “At first I thought it was a car accident, but then I realized it was a terror attack.“

I ran after him. We struggled over the knife while he tried to slash my face. We fell on the ground and I kept the knife away. At the same time, Israelis arrived with weapons and I shouted in Hebrew to get him off of me, lest they think I was the terrorist.”

Horowitz was seriously injured in this attack in Gush Etzion, during which a terrorist ran over and stabbed Hadassah School of Occupational Therapy Graduate Dalia Lamkus, 26, from Tekoa. Horowitz is now recovering in the Hadassah’s Medical Center’s Sarah Wetsman Davidson Hospital Tower. Both he and the terrorist were treated at Hadassah.