In a First, a Baby with a Severe Intestinal Defect Receives Medication That Allows Her to Eat Normally 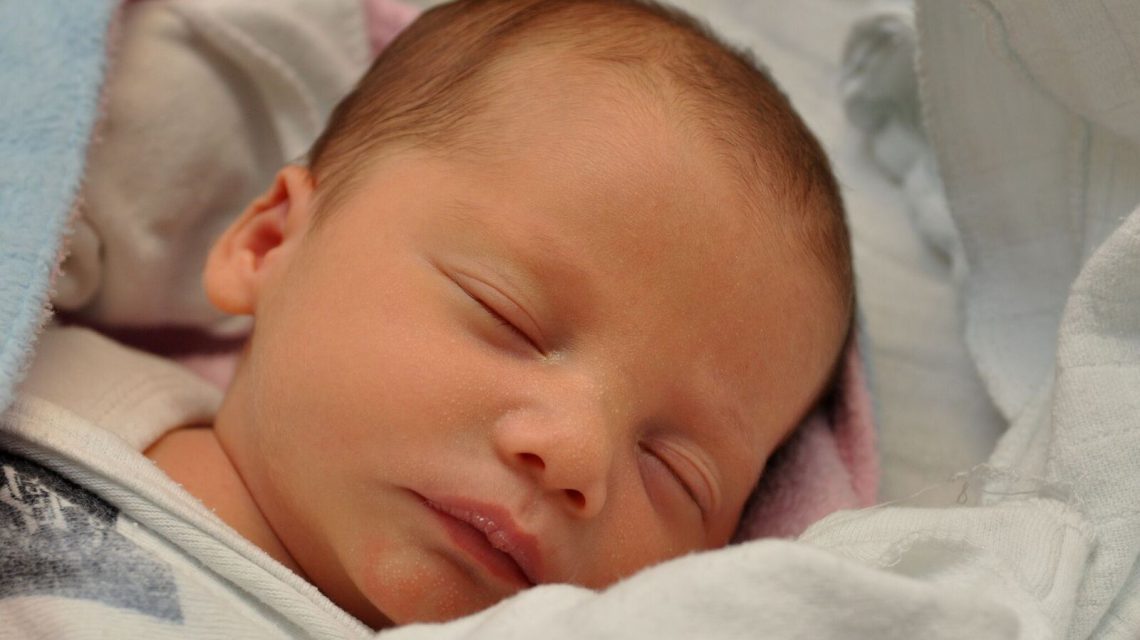 Administering the lowest possible dosage of a medication never before used on a baby, Dr. Mordechai Slae, a senior pediatric gastroenterologist at Hadassah Medical Center, was able to ameliorate the condition of a 6-month-old baby born with a rare and severe defect in her large intestine. For the first time, the little girl, named Hadassah, was able to eat normally rather than having to be fed intravenously.

Libby and Mordechai, a Jerusalem couple in their thirties, waited seven years for the birth of their daughter. “We did every test in the book, and everything was normal until the ultrasound in week 38,” says Libby. A blockage was found in the intestines of the fetus, and Libby was sent to Hadassah Ein Kerem for an MRI. “My water had already broken, and the test results were given to us in the delivery room.” After birth, the baby was transferred to the NICU, and more comprehensive tests were conducted. She was diagnosed with Mega Cystis and Micro Colon.

According to Dr. Mordechai Slae, this is a rare occurrence. “There are only 200 cases like this worldwide. The baby was suffering and received acetaminophen around the clock to alleviate some of her pain. Her bladder is too large and her colon too small. This little baby was dependent on intravenous nutrition from day one. In unusual cases like these, my motto is to try every possible solution—even if it seems unorthodox.”

Intravenous feeding (TPN) is detrimental to quality of life, often leads to life-threatening complications, and in 50 percent of cases requires an intestinal transplant later in life. Reducing TPN, even just a little, greatly improves the patient’s quality of life. The drug Resolor, given to baby Hadassah, had successfully passed all safety tests when given to children a few years old. But this was the first time in the world that a baby received this treatment. In addition to the drug having the desired effect and improving the baby’s colon function, it also improved the baby’s bladder. “This was a surprising—but welcome—side effect,” said Dr. Slae. “This innovative treatment allows baby Hadassah to be disconnected from intravenous feeding for several hours a day, it improves her bowel function, and it reduces the risk of complications. Baby Hadassah can be just a regular kid for a few hours.”

Said Dr. Slae, “Since undergoing this innovative treatment, Hadassah started smiling. She no longer requires acetaminophen every minute of the day, and she lets her parents get a few hours of sleep at night. I will continue to apply existing treatments to new situations—like in this case—to best treat children with severe gastroenterological conditions. I like to ‘borrow’ solutions that have been proven safe in other situations and apply them to new challenges.”

“We were very lucky to be in the hands of the doctors at Hadassah Ein Kerem,” says Libby. “Dr. Slae is fighting for baby Hadassah’s quality of life.

About Our Hadassah Doctor

Dr. Mordechai Slae grew up in the Old City of Jerusalem, a middle child with 8 siblings. His parents made aliyah from Chicago where his grandfather was a hematologist involved in cancer research. “My grandfather and his desire to help his patients inspired me to pursue medicine,” said Dr. Slae.

After IDF service in a combat infantry unit, including military service in Lebanon, Dr. Slae pursued his medical studies in Ben Gurion University of the Negev. He returned to Jerusalem for a fellowship in pediatrics at Hadassah and then traveled to Stollery Children’s Hospital in Edmonton, Alberta, Canada. Stollery is one of two places in Canada qualified to perform pediatric gastrointestinal transplants.

After a three-year fellowship in Canada, Dr. Slae returned to Hadassah as a senior pediatric gastroenterologist. “Jerusalem is my home and Hadassah is my home. I returned because this is where I grew up and where I want to raise my children,” said Dr. Slae.

“Having kids makes any doctor a better physician,” says Dr. Slae. He and his wife, Na’ama, a social worker, live in Jerusalem with their four children, ranging in age from 4 to 12.