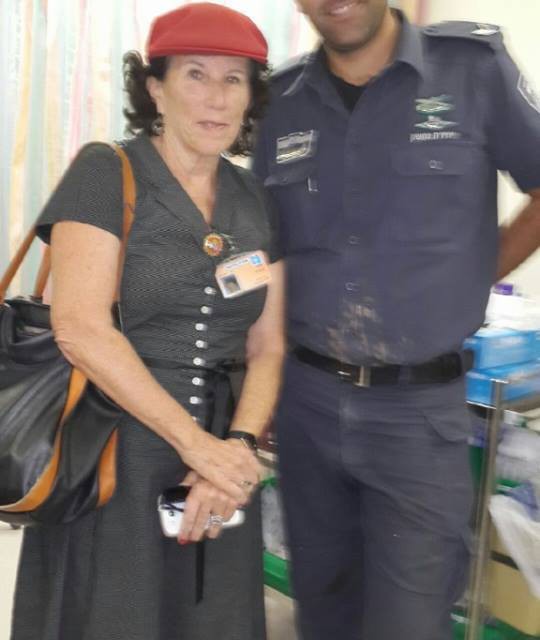 Israeli Prison Service Officer Ariel Twitto was on his way to pick up his children from nursery school camp after accompanying a prisoner to court when he and fellow officer, Elad Biton, heard someone shouting “Piguah! “ (Terror attack!).

They ran to the scene and saw the driver of a bulldozer crashing into a city bus and overturning it. Twitto shot the terrorist twice, but the terrorist turned the bulldozer toward him. While continuing to shoot, Twitto climbed up to the driver’s door. The driver made a sharp turn and shook him off. By then, other security forces had arrived and Twitto was taken to Hadassah Hospital-Mount Scopus, where Hadassah’s orthopedists examined him and pronounced him well enough to go home. Barbara Sofer, Hadassah’s Israel Director of Public Relations, who visited those injured in the terrorist attack, thanked Twitto in the name of all Jerusalem’s citizens and in the name of the over 330,000 Hadassah supporters around the world.