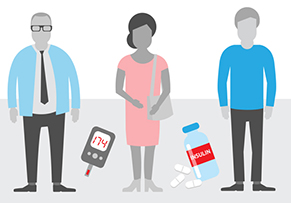 The Israeli start-up Medial EarlySign has created a machine-learning-based model that has proven  to identify diabetic patients who are at the highest risk for experiencing renal dysfunction within one year.

“The significant size and rapid growth of digital health databases now allow the application of advanced mathematical tools that can spot patterns in diverse patient populations in order to identify high-risk patients,” relates Dr. Itamar Raz, Director Emeritus of the Diabetes Unit at the Hadassah Medical Organization and head of Israel’s National Diabetes Council. “Rather than relying only on small patient samples based on known risk factors,” Dr. Raz explains, “machine learning tools can reveal the slightest correlations among these parameters and discover additional risk indicators that can lead to improved prediabetic patient risk stratification (which involves classifying people into well-defined risk groups).”

By isolating less than five percent of the 400,000 diabetic patients within the company’s database of 15 million patients, the algorithm was able to identify 45 percent of patients who would progress to significant kidney damage within a year.  This was before they became symptomatic.

Kidney problems are one of the most common diabetes-related complications, affecting millions of people–approximately 20-40 percent of diabetics worldwide, according to Medial EarlySign. The company’s expectation is that the numbers will continue to rise as diabetes becomes more prevalent.