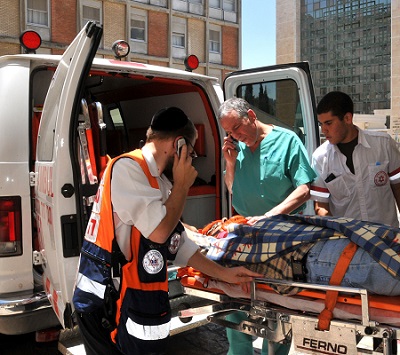 Prof. Avi Rivkind, head of the Shock Trauma Unit at Hadassah Medical Center in Jerusalem, was in Las Vegas in 2014 to tell delegates attending the Hadassah, the Women’s Zionist Organization of America National Convention about his work as one of the leading Trauma experts in the world.

What he saw in the airport, malls and hotels in Las Vegas made him uncomfortable. He felt that the security level was far from adequate to deal with a mass trauma incident. At the time, he predicted that it was only a matter of time before such an attack happened.